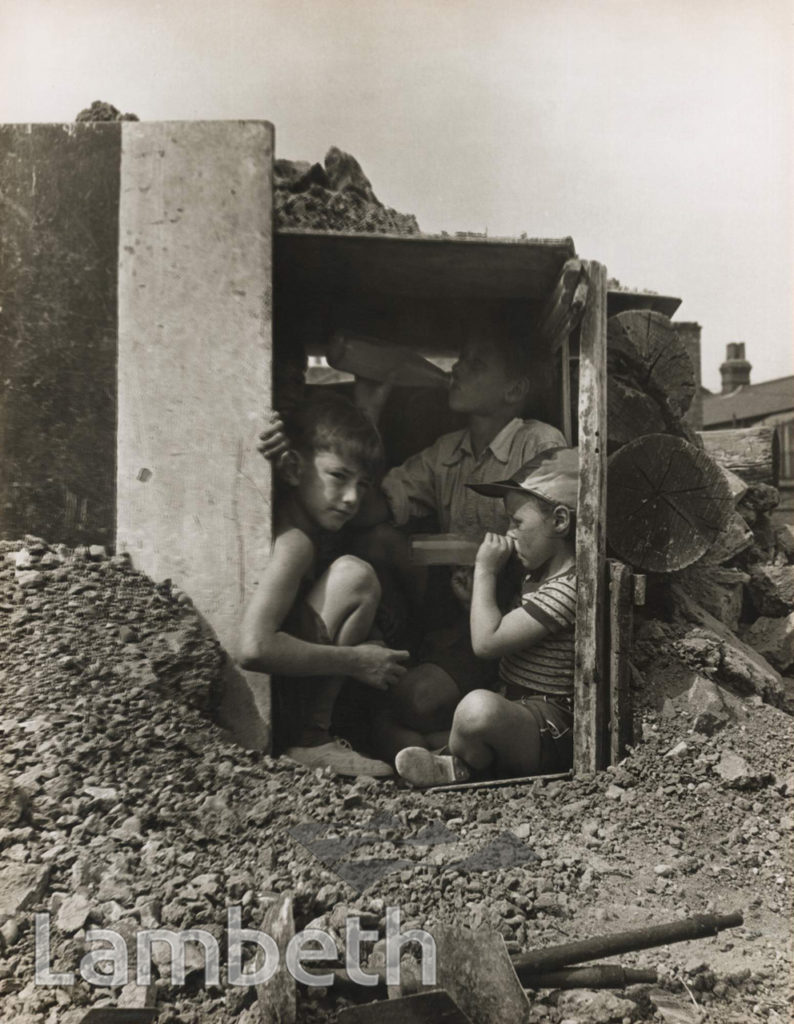 Children in a hut at the Lollard Adventure Playground, Wake Street Lambeth. This photograph is titled 'Come in our house for a good long drink.' The playground began in 1955 on a bombsite and was run by a voluntary association supported by grants and fund raising. It was a departure from traditional playgrounds with features that included this rough ground for building bonfires, underground tunnels, huts and for cooking. The playground site was replaced in the 1960s by the Lilian Baylis School.Ref: IV 251/1/14