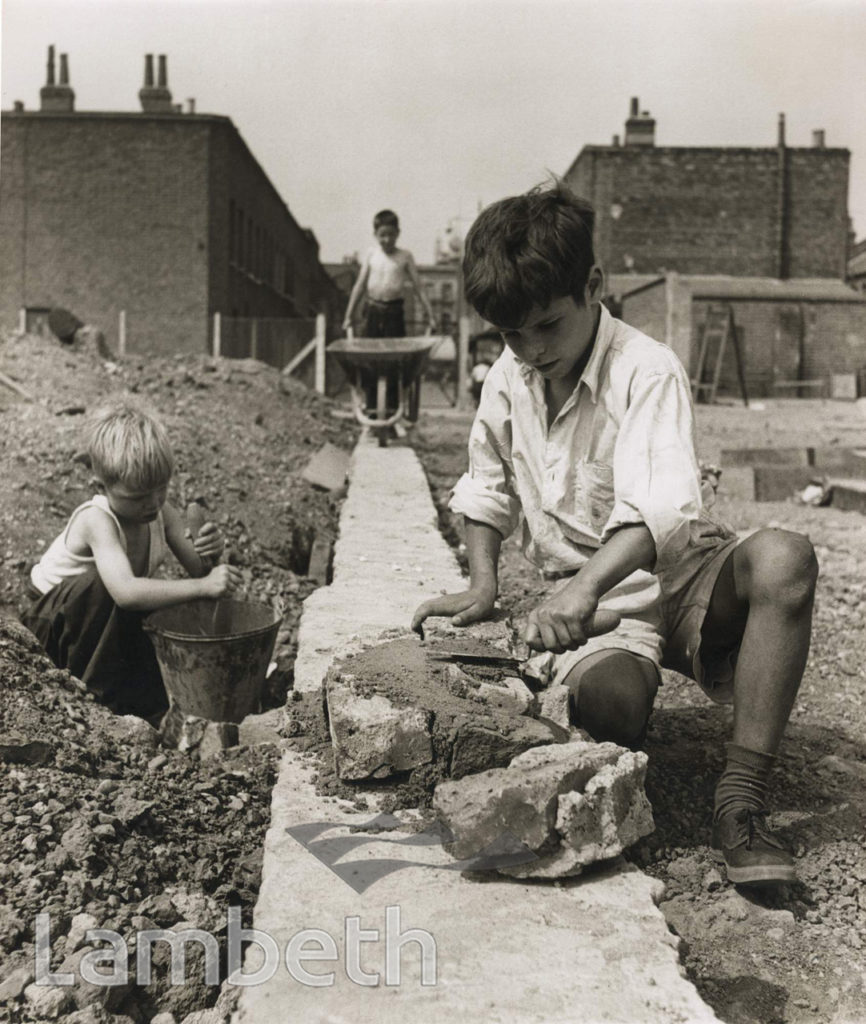 Boys working at the Lollard Adventure Playground, Wake Street, Lambeth. This photograph, titled 'Mixing cement is man's work', was pasted with a companion image annotated, '...but they let the girls paint'. The playground was begun in 1955 on a bombsite and run by a voluntary association supported by grants and fund raising. Features included a grass area for camping and growing vegetables, a hard surface for ball games, rough ground for building bonfires and underground tunnels. Inside areas included a workshop and hut for painting, modelling plus various lessons. The playground site was replaced in the 1960s by the Lilian Baylis School.Ref: IV 251/1/10