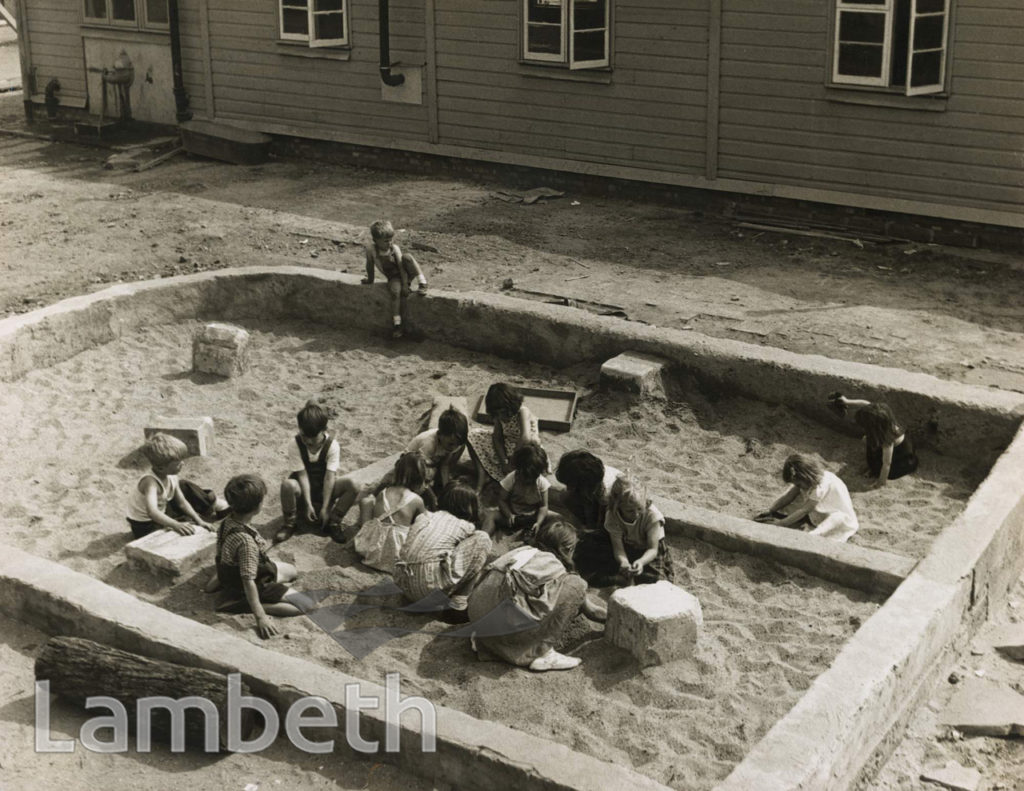 Young children in the sand-pit at the Lollard Adventure Playground, off Wake Street in Lambeth. This playground was begun in 1955 on a bombsite and run by a voluntary association with a paid Warden to supervise. It was a departure from traditional playgrounds and included a workshop and hut for painting, modelling, plays and lessons. It was used by all ages, including young adults, and 250 children were recorded as attending on one day in 1958. The playground site was replaced in the 1960s by the Lilian Baylis School.Ref: IV 251/1/9