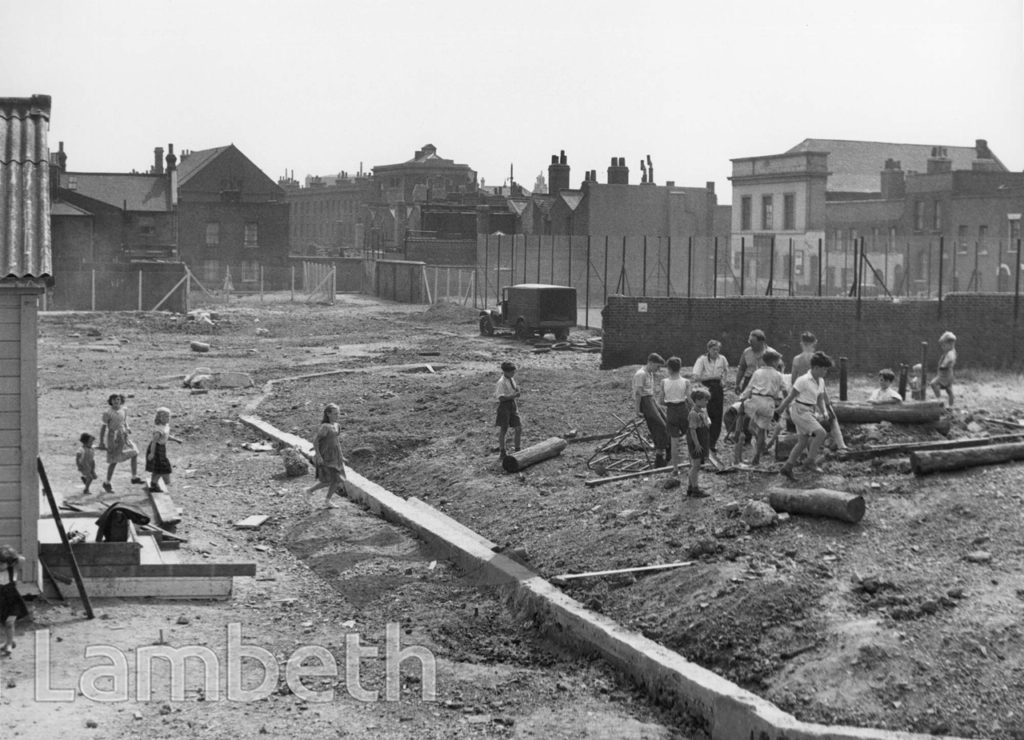 Children clearing the site for the Lollard Adventure Playground in Lambeth, built on the site of a bombed school. This community-led initiative begun in 1955 was run by a voluntary association supported by grants and fund raising. It was a departure from traditional playgrounds with features that included; a grass area for camping, gossip, sunbathing and growing vegetables; a hard surface for ball games; rough ground for building bonfires, underground tunnels and cooking. Ages ranged from under fives, attending during school hours, to young men and women in their early twenties.Ref: IV 251/1/7