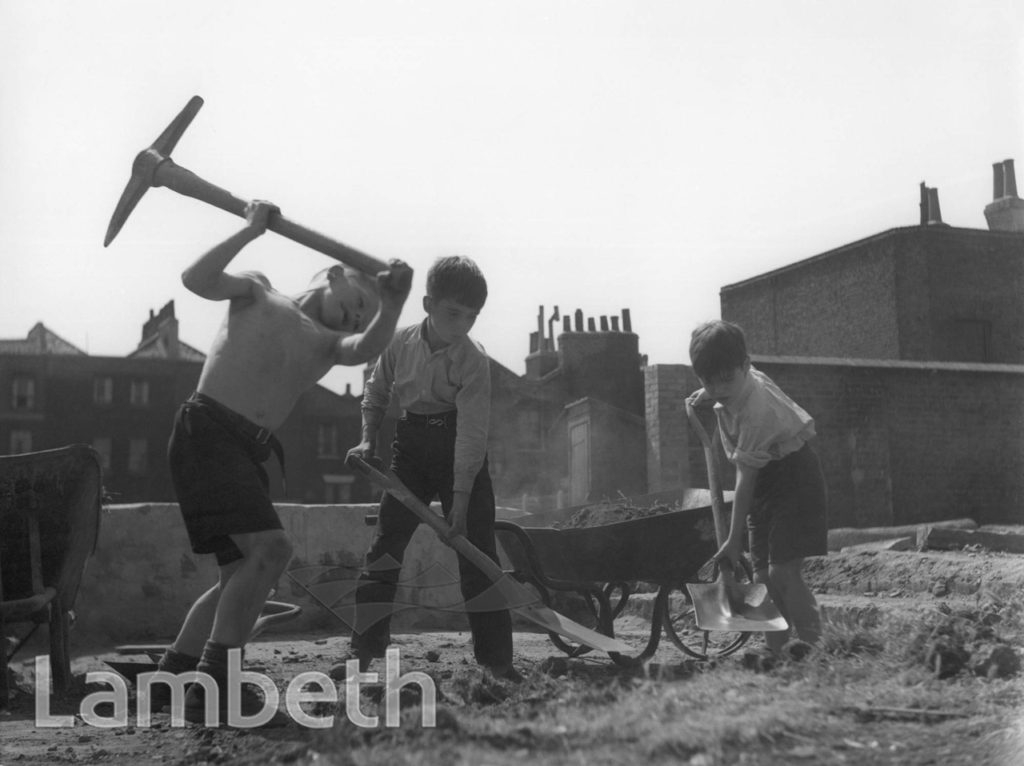 Children clearing the site for the Lollard Adventure Playground off Wake Street in Lambeth. This community-led initiative begun in 1955 on a bombsite was run by a voluntary association supported by grants and fund raising. It was a departure from traditional playgrounds with features that included; a grass area for camping, gossip, sunbathing and growing vegetables; a hard surface for ball games; rough ground for building bonfires, underground tunnels and cooking. Inside areas included a workshop and hut for painting, modelling plus lessons, also a caravan for girls 'to keep house'. From modest beginnings 250 children were recorded during one day in 1958. The playground site was replaced in the 1960s by the Lilian Baylis School.Ref: IV 251/1/5