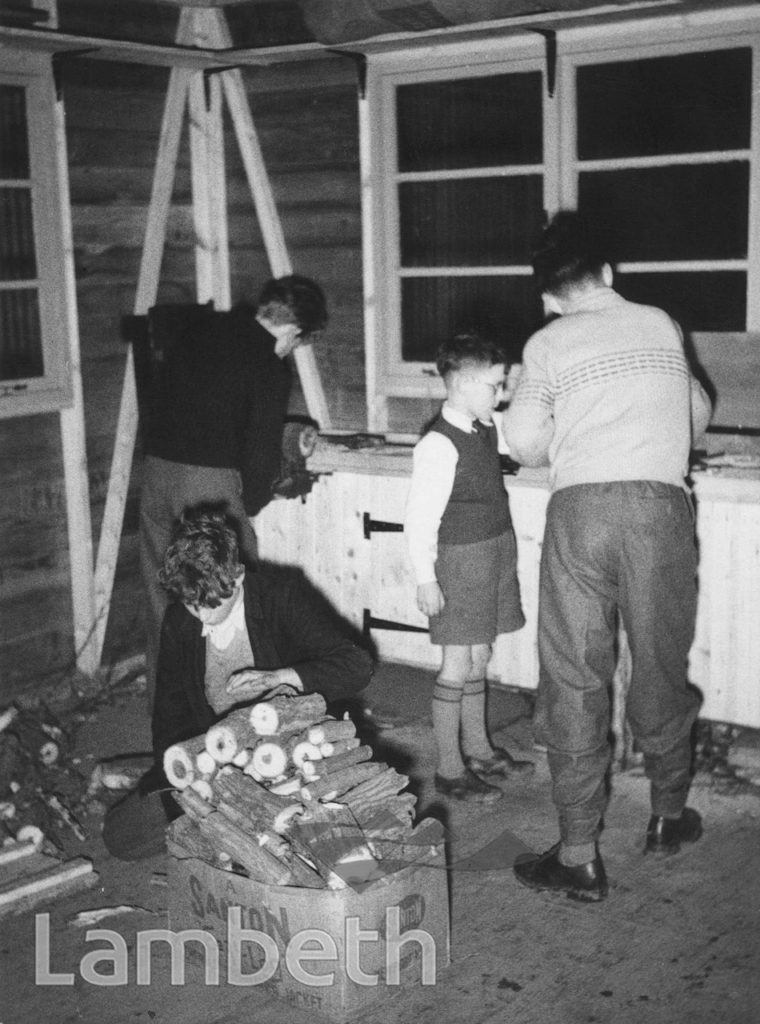 Boys at the Lollard Adventure Playground off Wake Street in Lambeth, sawing and stacking logs for old age pensioners - 'a winter scheme'. The playground was a community-led initiative begun in 1955 on a bombsite and was run by a voluntary association and used by age groups from infants to young adults. The playground site was replaced in the 1960s by the Lilian Baylis School.Ref: IV 251/1/4