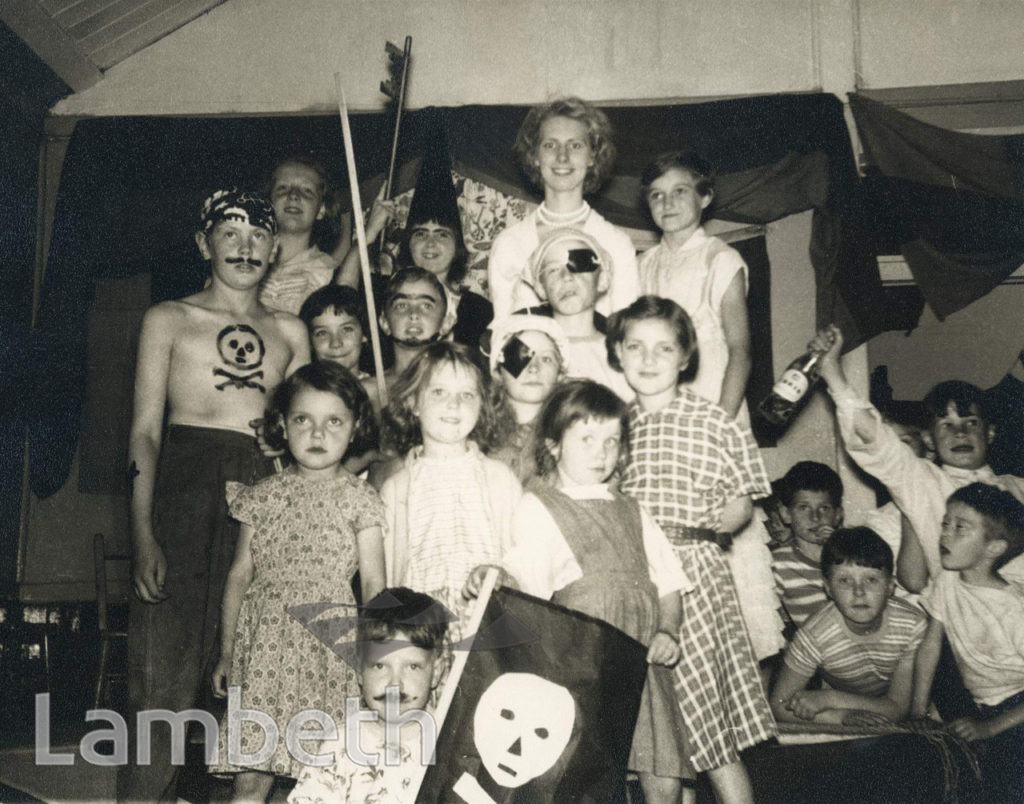 The cast of 'The Keeper of the Key', a play written and staged by the children at the Lollard Adventure Playground off Wake Street in Lambeth. This community-led initiative begun in 1955 on a bombsite was run by a voluntary association supported by grants and fund raising. From modest beginnings, 250 children were recorded as attending during one day in 1958. The playground site was replaced in the 1960s by the Lilian Baylis School.Ref: IV 251/1/27