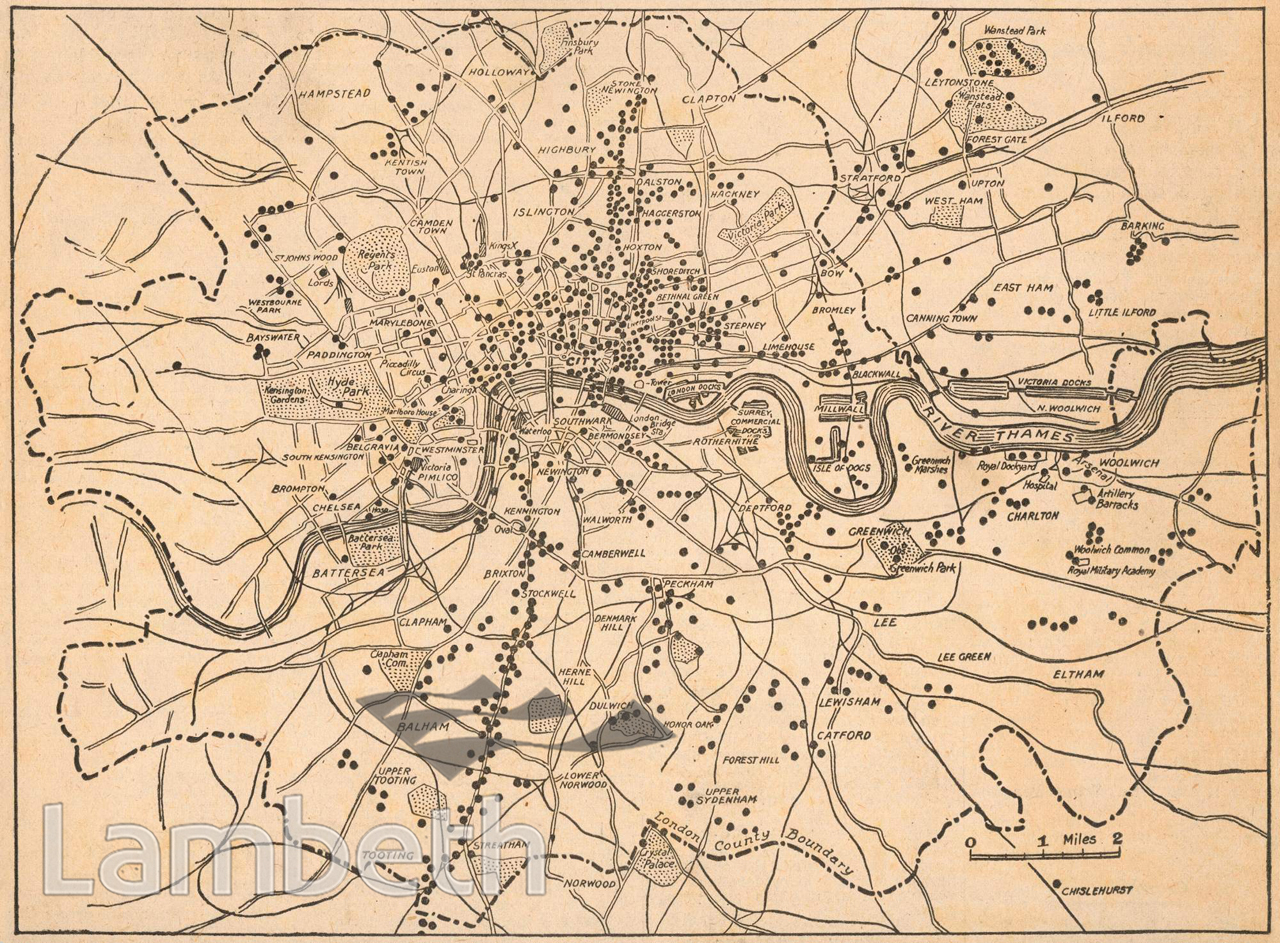 A World War I bomb map, showing where the bombs fell in London throughout World War I. A total of 992 bombs and incendiaries were recorded, killing 670 and injuring 1,962 people. Ten Zeppelins attacked London in seven raids and 128 German aircraft took part in 18 raids. From an article in the London Evening News dated 28th February 1935, calling for a strong airforce or else London in a future war 'could be plastered, day after day, night after night with bombs of all kinds.'
#1901 - 1925  #Print  #WAR AND ARMED FORCES
⇐WWI REGISTRATIO...