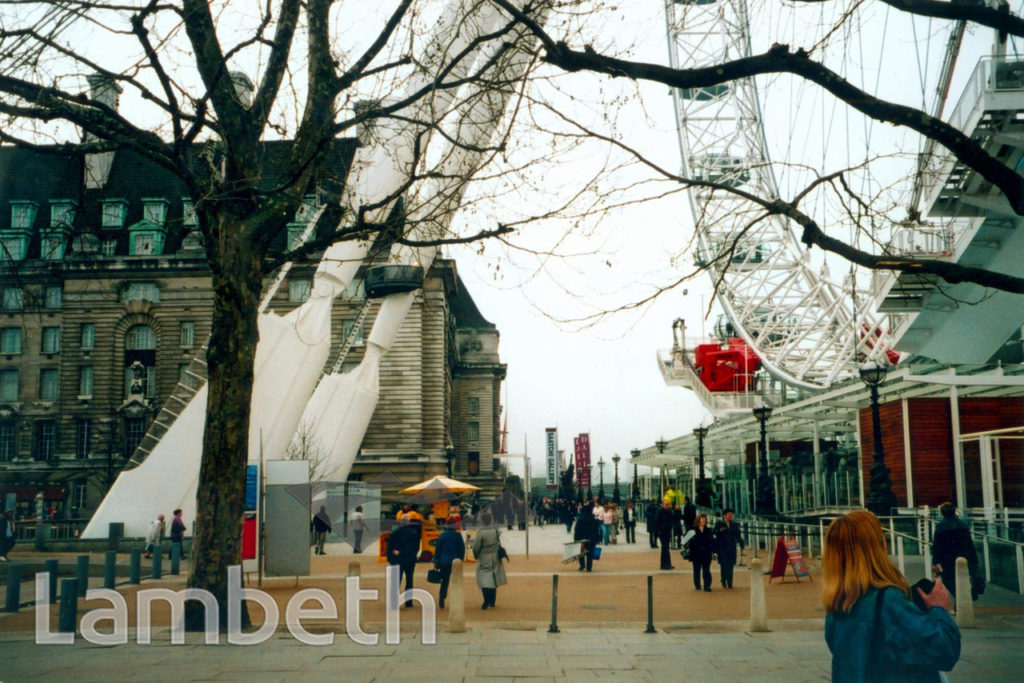 The London Eye, also known as the Millennium Wheel, was built as part of the millennium celebrations in 2000 on the banks of the river Thames, by the riverside walk on the South Bank. This photograph taken on 17th March 2004, shows the scale of the wheel and the 'pods' along the rim, each designed to carry about 25 people at a time. County Hall is seen in the background on the left. Now a hotel and apartments, it also houses the Satchi Galleries, Dali exhibition and the London Aquarium. Ref: SP3703