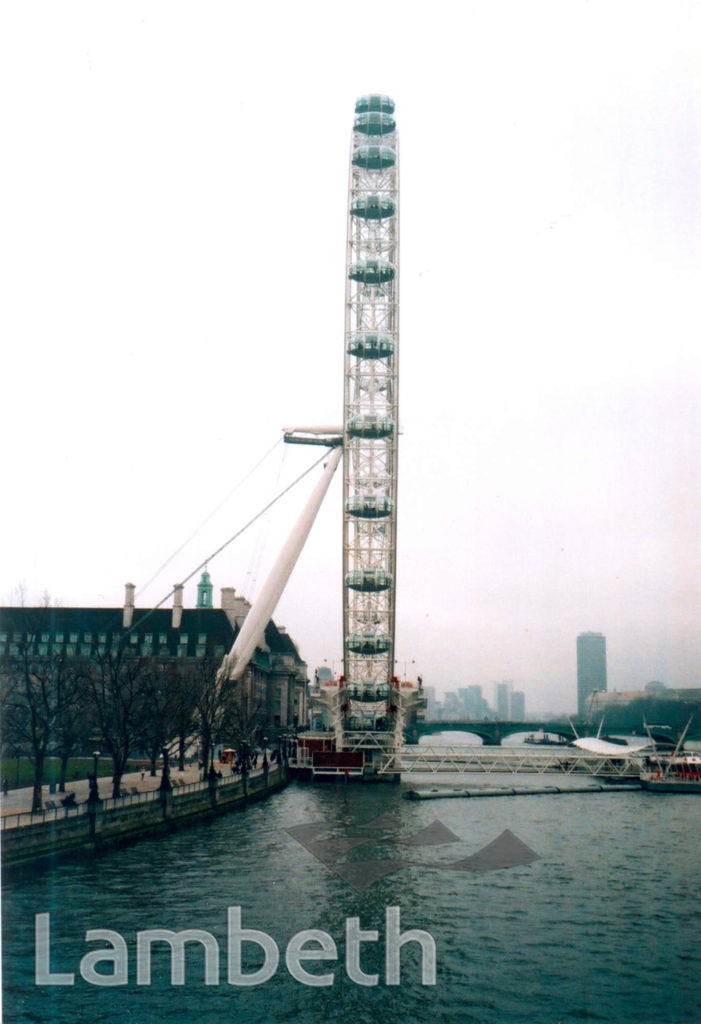 The London Eye, also known as the Millennium Wheel, lies between the Westminster and Hungerford Bridge by the Thames riverside walk on the South Bank. It was erected as part of the millennium celebrations in 2000. This photograph taken on 17th March 2004, shows the 450 foot high wheel with its glass observation pods, County Hall on its left and Westminster Bridge in the background.Ref: SP3707