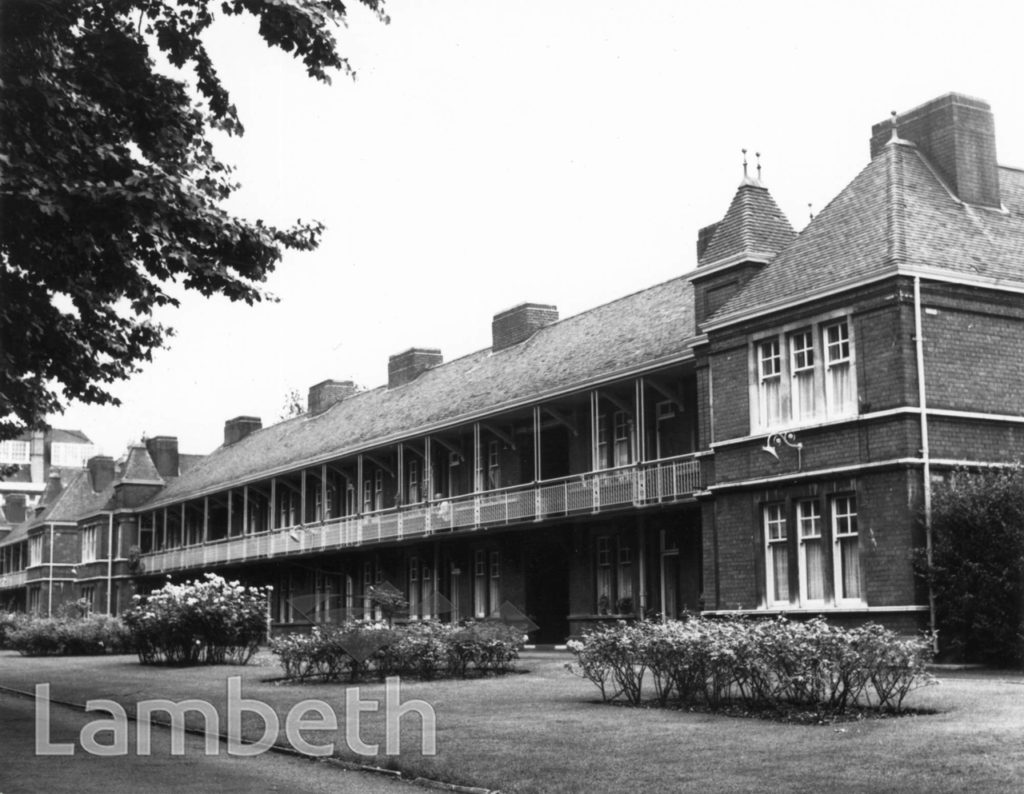 One of three sets of almshouses built on the Ferndale Road site, which originated in 1834 when land was purchased in Brixton from donations received by a group of City businessmen to celebrate the passing of the 1832 Reform Bill. The 16 houses built in 1836 accommodated 31 residents, but mounting debts in 1848 forced the site to be passed by the trustees to the Corporation of London. Seen here is the accommodation of 1884, built when the original 16 houses were demolished by the City of London Freemen's Orphan School Committee and replaced with blocks designed by Messrs Davis & Emanuel. In 1856 the Corporation relocated the Robert Rogers' almshouses here to Brixton and also added in 1882 almshouses to the site founded by Sir Thomas Gresham.Ref: LBL/DTP/UD/2/1/17/37