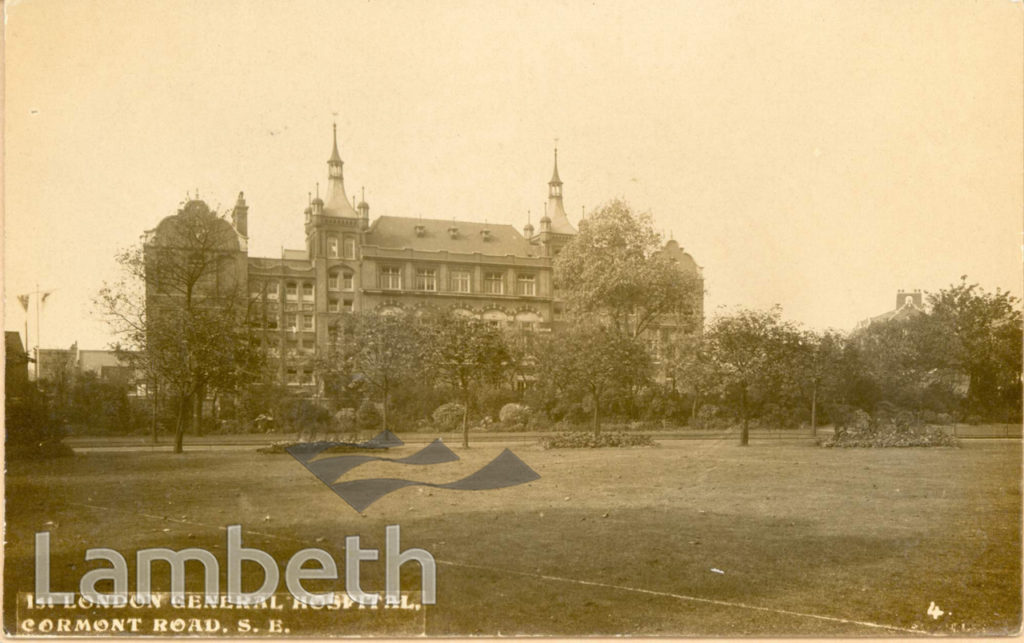 First London General Hospital seen from Myatts Field. Originally built as a London School Board School. The school was requisitioned during the First World War by the military wing of St Bart's Hospital and along with other local buildings, it became a medical receiving station for military casualties. Later it became Kennington Secondary School and is now part of Charles Edward Brooke school for girls. Postcard.Ref: P/C Albums 16/170