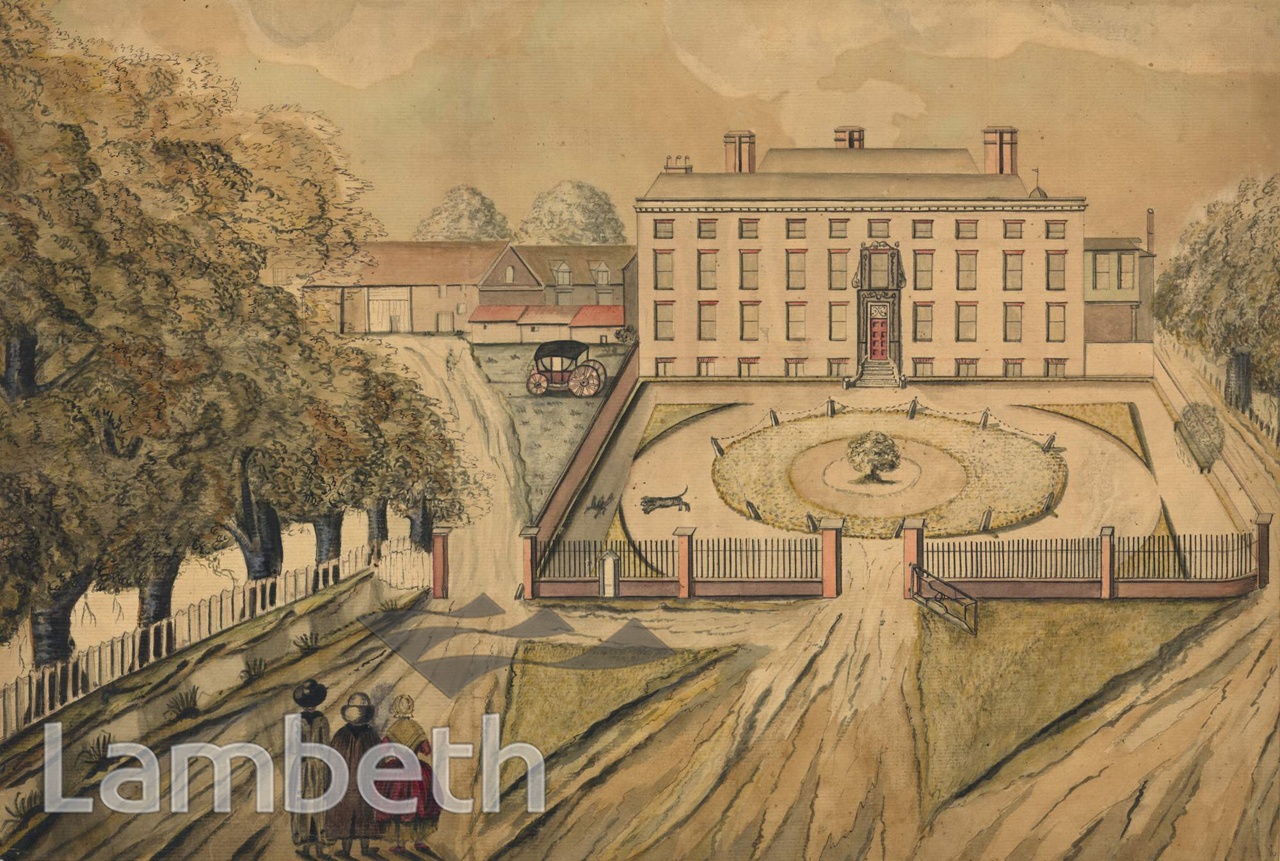 The main front of Loughborough House, Loughborough [House] Road, Brixton North. Watercolour by an unknown artist, dated 1799 and annotated 'now a boarding school'. The house was built at the beginning of the 17th century and named after Henry Hastings, 1st Baron Loughborough. It became an academy for young with the earliest reference dated 2nd November 1767 when the Rev. Bernard Perny was appointed as schoolmaster. The building was demolished in 1854. A newspaper reported an incident there in 1803: 'A few days since, a black servant, in Loughborough House Academy, Brixton Causeway, secreted himself under the maids' bed, and being found by them in that situation, they gave alarm, which he wanted to soothe by rude means. Their screams bringing some persons to their assistance, he jumped from a two pair of stairs window, and dislocated his neck'.
#-Before 1850  #ANIMALS  #BRIXTON NORTH  #EDUCATION  #Engraving  #HOUSING  #OPEN SPACES  #Surrey   #TRANSPORT
⇐THE SWAN PUBLIC...