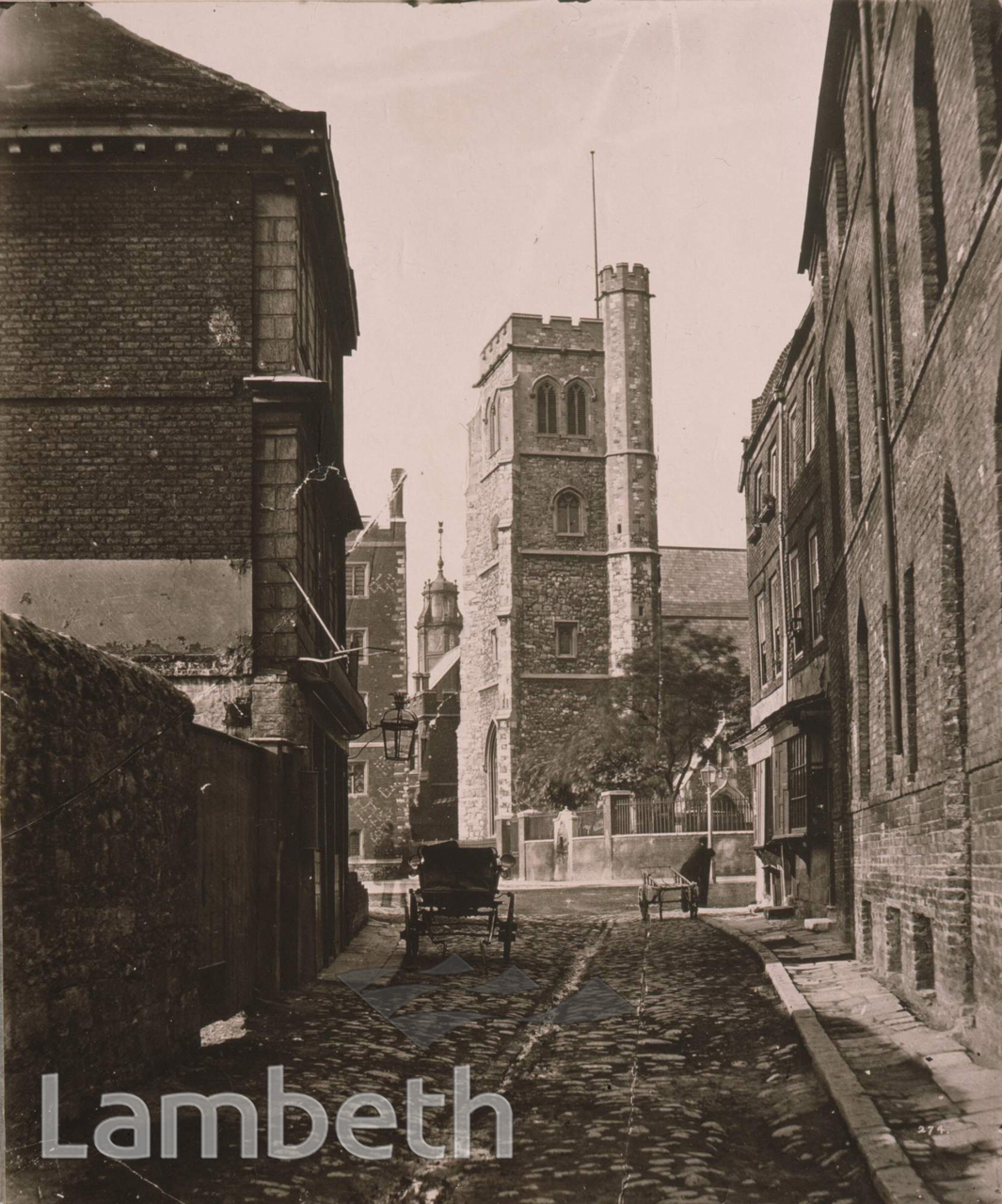 View of St Mary's church tower from the top end of Fore Street, later replaced by the Albert Embankment. Part of Lambeth Palace can be seen in the background. This photograph was taken using the 'wet plate' method by William Strudwick (1834-1910). He recalled: 'I found a good number of subjects in old Lambeth....in this work I was assisted very much by a large dark tent or house on wheels (a home-made one). It had a boarded floor and carried all the working plant, and was large enough for me to stand upright in, with ample elbow room...this tent was drawn by a man, and on arriving at a given point, I could have a plate ready in ten minutes'. Strudwick also worked as an architect, artist and writer. He lived for much of his life in Lambeth, but died in the Infirmary at Croydon Workhouse and was buried in the Paupers' Cemetery.
#1850 - 1875  #LAMBETH  #Photograph  #RELIGION  #ROADS AND STREETS  #Strudwick Photographer
⇐ALBERT EMBANKME...