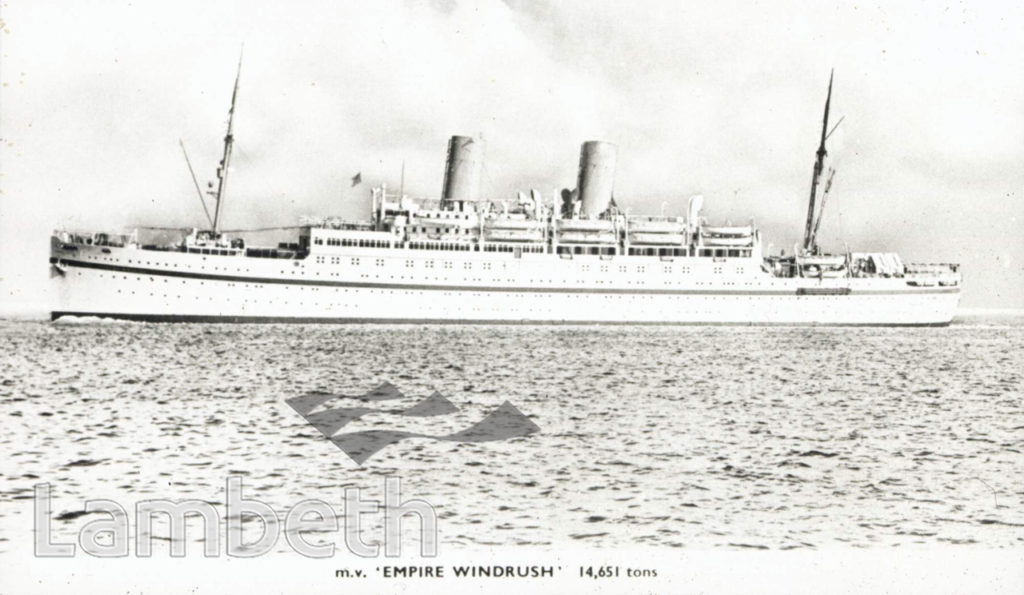 The M.V.Empire Windrush, a former troop ship that brought thousands of economic migrants from the West Indies to Britain. The first voyage was in 1948 with 492 passengers, mostly men seeking employment. Many were initially accommodated in the Clapham Common Deep Air Raid shelters.Ref: LBL/CE/PR/1/9/9