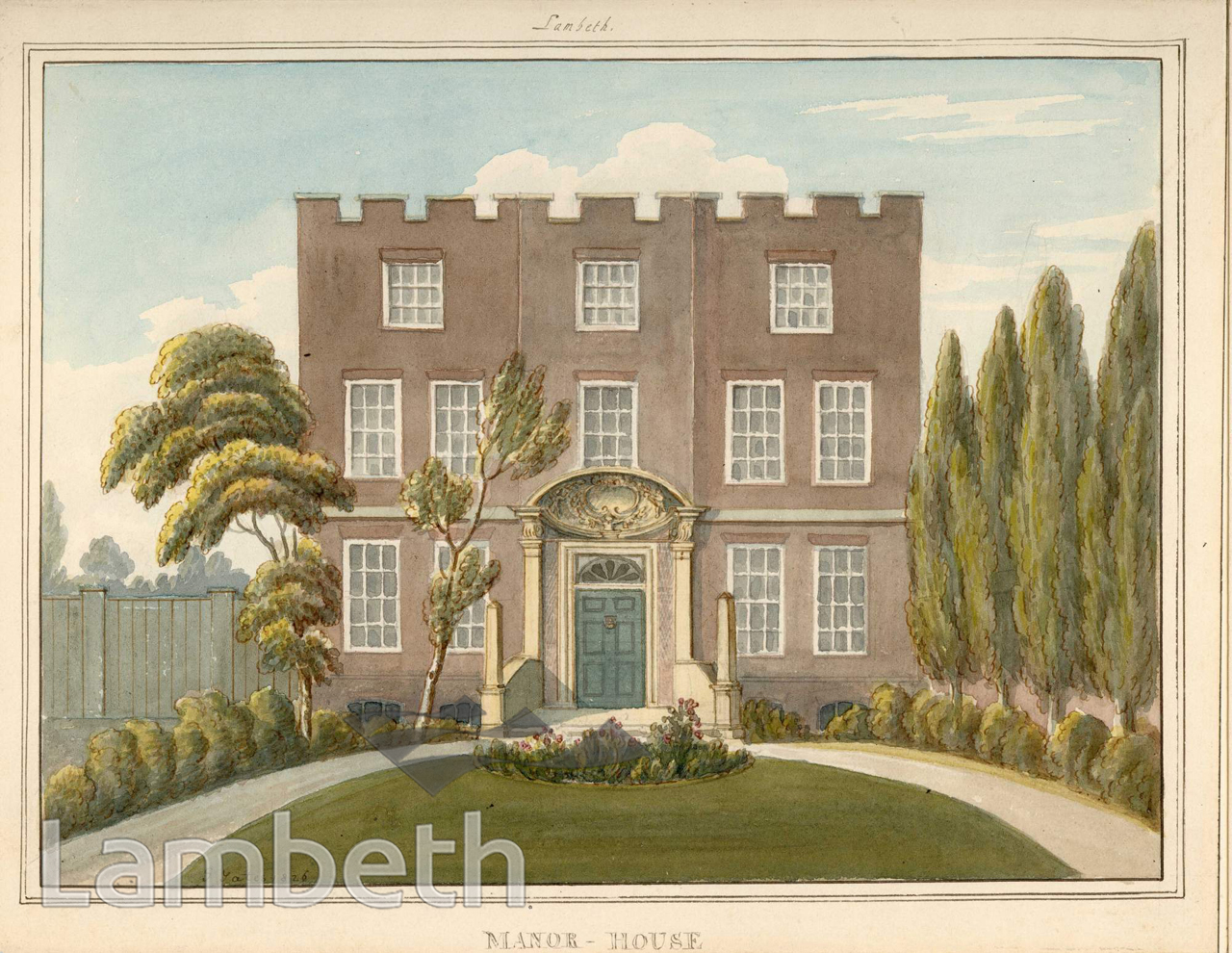 The front elevation of the old Manor House in Lower Kennington Lane, when the residence of Dr. Isaac Watts, the Psalmist. The house was built in the reign of James I and replaced an ancient Royal palace, the favourite residence of Edward The Black Prince. It was the residence of Charles I when Prince of Wales and in its later years became a reformatory known as the Female Philanthropic School. The Manor was demolished in 1875 to make way for 'street improvements'. Watercolour by G. Yates, 1826.
#-Before 1850  #BUILDINGS / ARCHITECTURE  #HOUSING  #OPEN SPACES  #Watercolour Painting
⇐OLD FIRE STATIO...