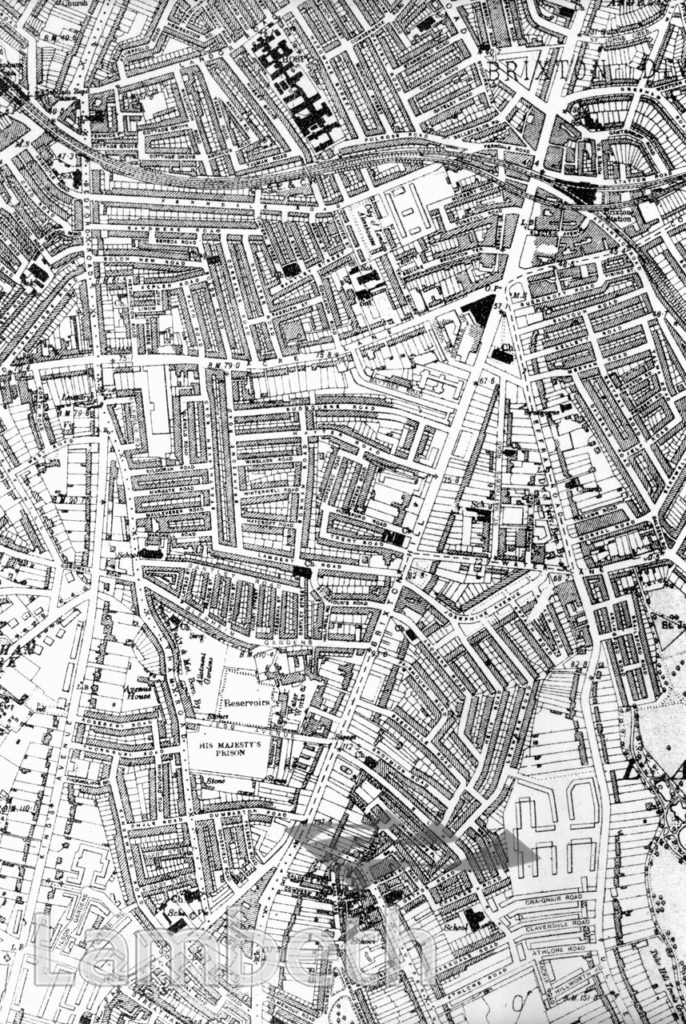 Map of the area around Brixton Hill, shown here almost fully populated, with ribbon development along most of the roads, reflecting a mixture of terraced and semi-detached housing. Housing estates were to replace many of the existing roads and terraces, particularly following the extensive bomb damage to the area during World War II. However, one of the earliest, the Tulse Hill Estate, can be seen in the bottom right corner. Brixton Prison, in the centre, built in 1820, was renovated and became the trial and remand prison for London in 1902. Ordnance Survey Map 1920, N.IX Series2.Ref: OS 1920 NM7/15