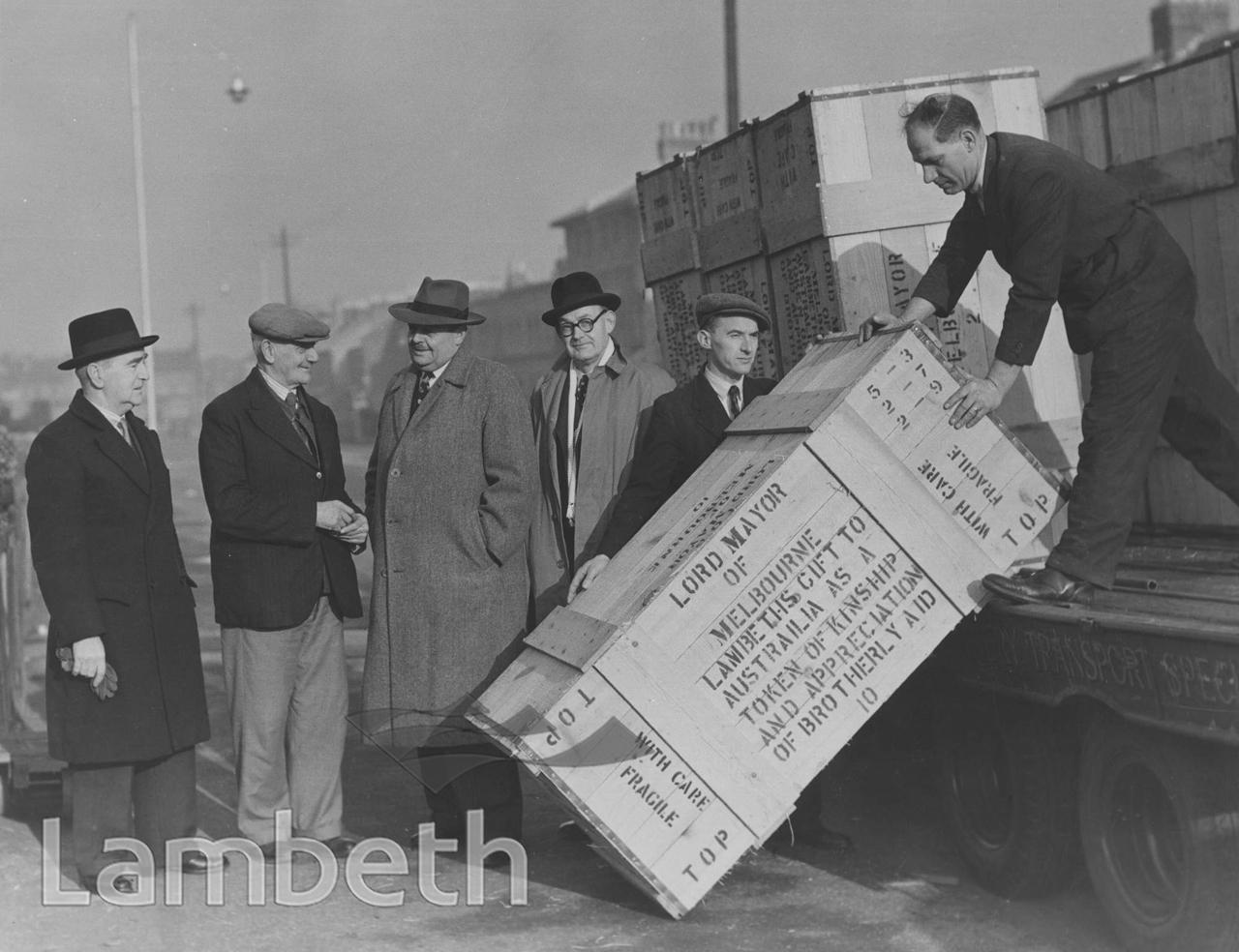 Lambeth officials and Mayor J.W. Simpson with the sculptor Edgar Wilson of West Norwood, watching the departure of a model Tudor village destined for Melbourne, Australia. The village was sent as a gift of thanks from the people of Lambeth and 'as a token of kinship and brotherly aid' for assistance received in the borough during World War II from the people of Melbourne. This village is still displayed in Fitzroy Park, Melbourne, and has recently been restored. Mr Wilson initially created a model village for Brockwell Park in 1943, although this was subsequently shared with Vauxhall Park.
#1926 - 1950  #ARTS/ CRAFTS  #Photograph  #POLITICS
⇐BOMB DAMAGE, BR...