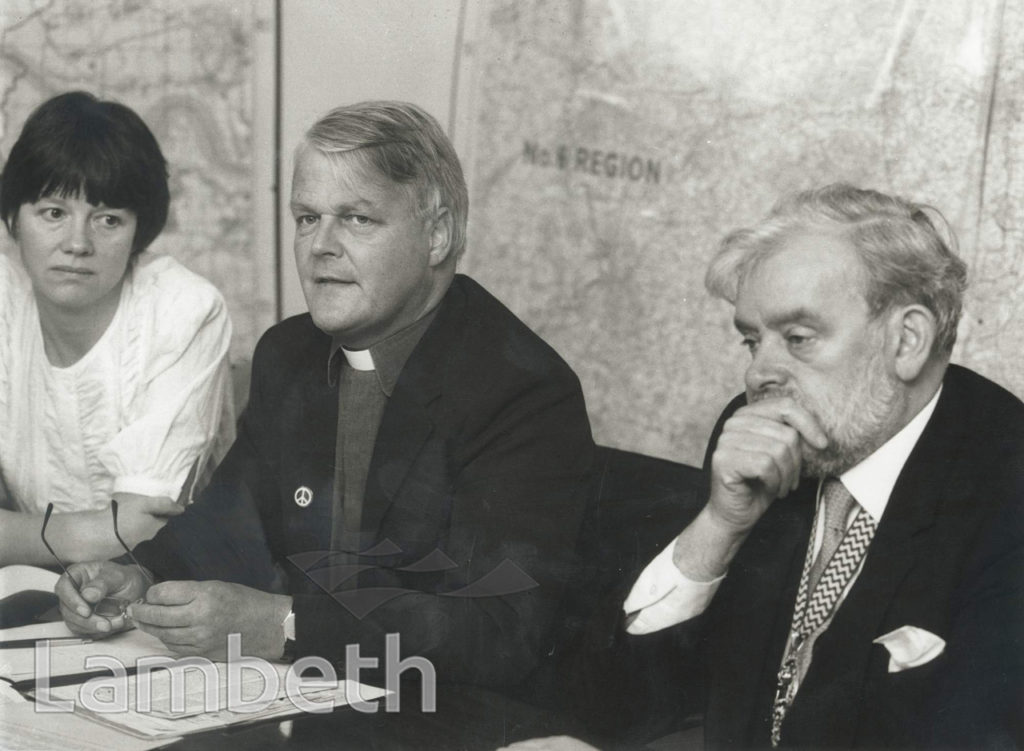 Cllr Joan Walley, MGR Bruce Kent of CND and Dr Harrington Chairman of the GLC, at the opening to the public of Pear Tree House, Lambeth's former Civil Defence building in Lunham Road, Upper Norwood. The building was built between 1963-1966 as an 18-room bunker below a block of eight flats, initially as a control centre for Civil Defence Region 53a. By the time construction began the nature of defence and government had changed, so the site was redesignated to be the control centre for the borough. However, in 1979 it was converted into the London SE Group War HQ administered by the GLC. In the late 1980's 'nuclear-free' Lambeth, as landlords, threatened the Civil Defence Authority with eviction, although a compromise was reached and it was not until 1993 that the building was vacated.Ref: LBL/DEHCS/PN/1