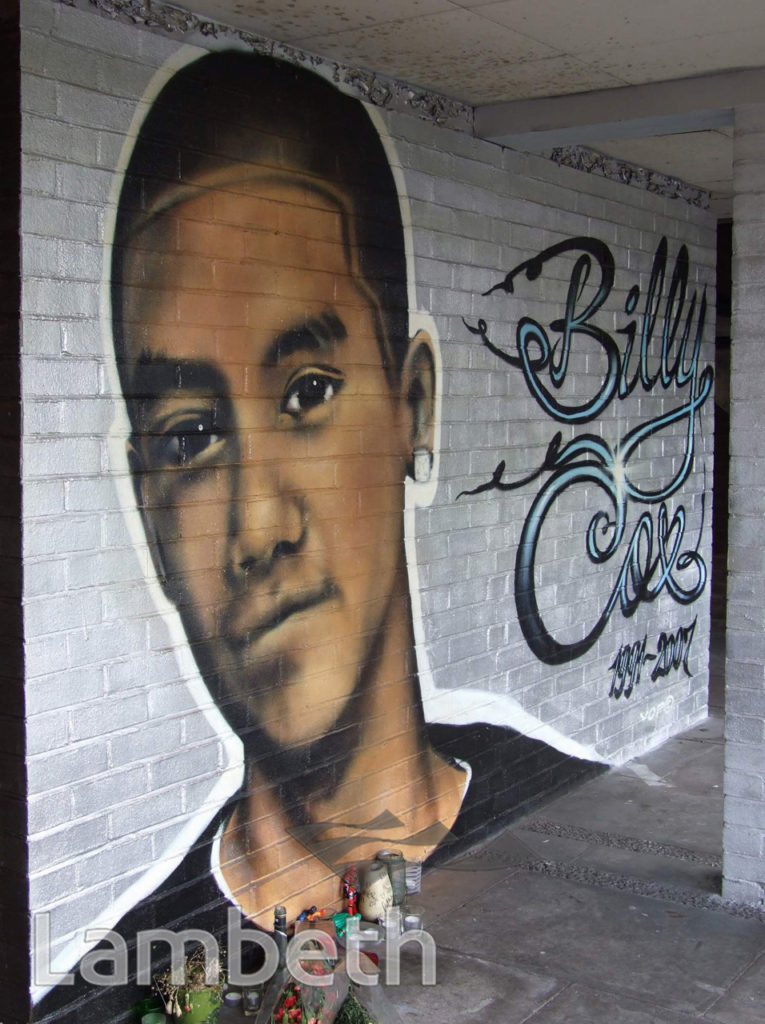 Mural in memory of the murdered teenager Billy Cox (1991-2007), Fenwick Place, Clapham North, painted by Dane of the VOP collective after Billy was shot in his home on 14th February 2007. The artist Luke Dane recalls: 'The mural of Billy was requested by his friends on Fenwick Place, Jake, PJ, Logan. The paint was donated by HQs of Brixton Market. The painting was infact painted twice. It was originally painted for the funeral day and was appreciated for a few weeks becoming a shrine, amid calls for it to be removed. Then, on what would have been Billy's birthday, overnight the face was painted out, white. The family and friends were naturally very upset. His friends called me, so at 5am I went down and repainted it. As I finished around 9am his friends came down and the atmosphere was ecstatic, they said it was better than before. It was a surreal moment. The mural has been untouched ever since, the residents and council have opted to keep it'. Digital photograph, dated 26th January 2008.From the Graffiti Gallery, recording Lambeth's urban art.Ref: D86/5