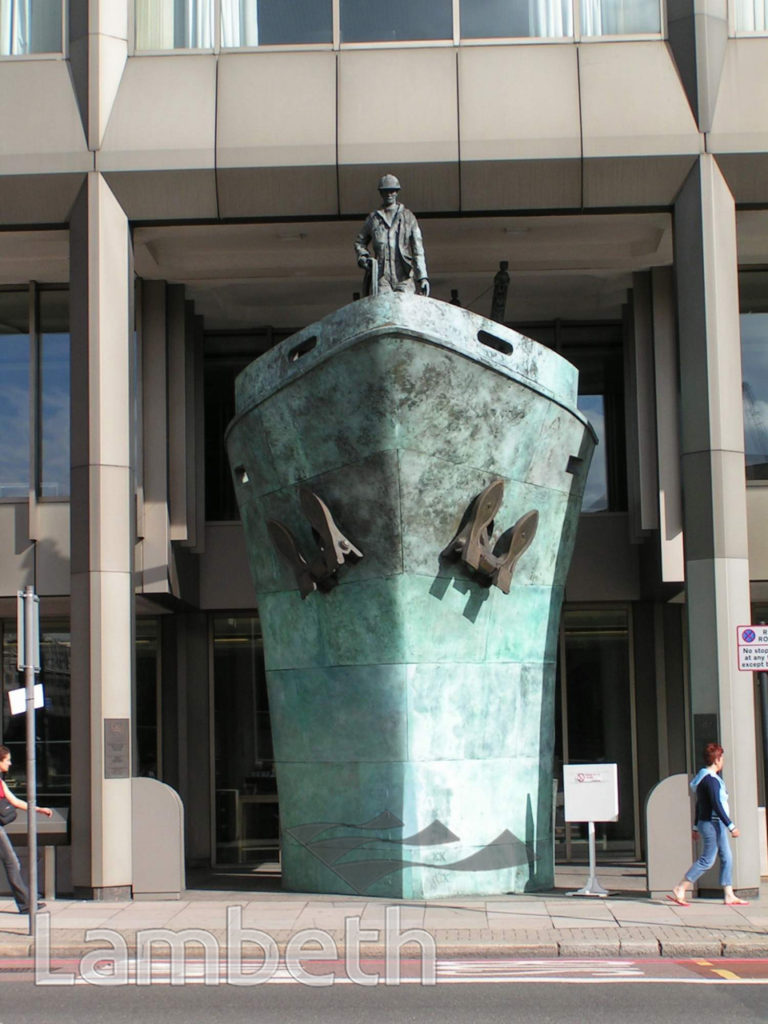 A memorial to the world's seafarers by Michael Sandle (b.1936) outside the International Maritime Organisation on Albert Embankment, Lambeth. The sculpture was unveiled in September 2001 and commissioned by a fund established in 1998 to mark the 50th anniversary of the founding of the IMO, the smallest United Nations agency. Their building was constructed on the site of the Art Deco Doulton building in the late 1970s. Digital image courtesy of Penelope Gretton, 2005. Ref: SPd3949/15/37