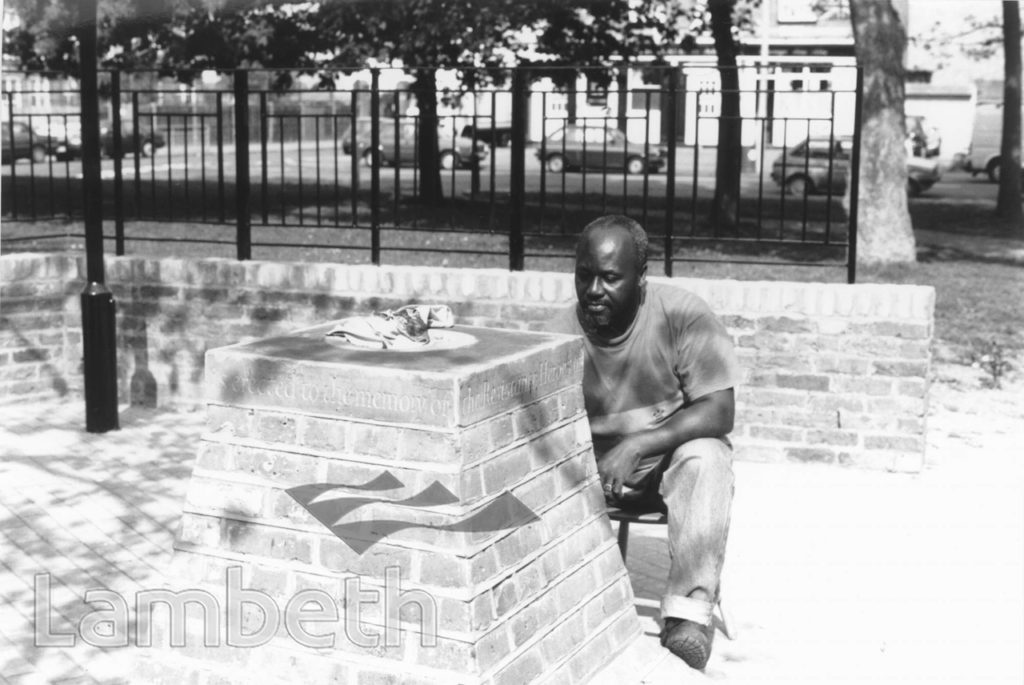 The memorial sundial, Vincennes Estate, Carnac Street, West Norwood. It was erected in memory of the resistance heroes of Vincennes, France, including Violette Szabo, a Lambeth girl, and Lilian Rolfe, whose father lived in Knatchbull Road. Later vandalised, it is seen here being restored for the VE Day celebration in May 1995.Ref: SP3237/12