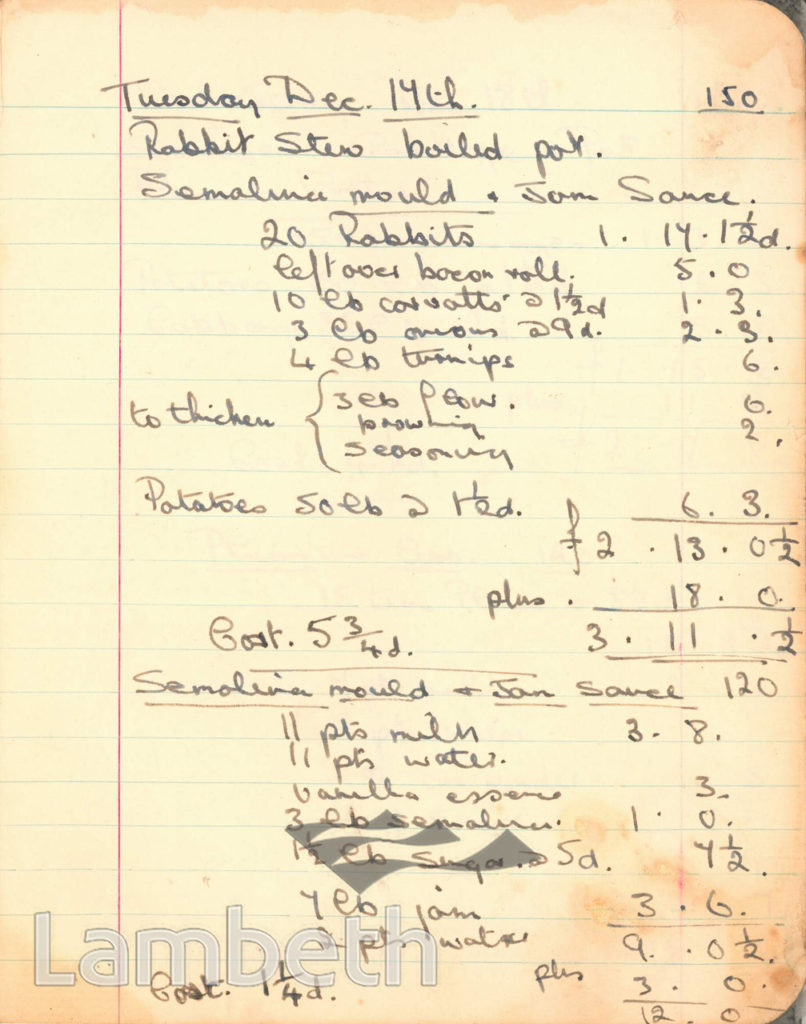 Menu Book with meal details of Rabbit Stew and Semolina Mould with Jam Sauce for 17th December 1940 at the Cash & Carry Kitchen, 160 Kennington Lane, a communal feeding centre used during World War II. The centre was set up by Vera Calvin who joined the Women's Royal Voluntary Service (WRVS) at the outbreak of the war and was appointed Emergency Feeding Officer for three London boroughs. She also ran the Forces Clubs and later started the first Meals on Wheels service for Lambeth. Vera was awarded the BEM in 1985 in recognition of her many years of dedicated voluntary service.Digital image by kind permission of Vera Calvin. From the Lambeth Archives Home Front project 2005.Ref: SP4042/34