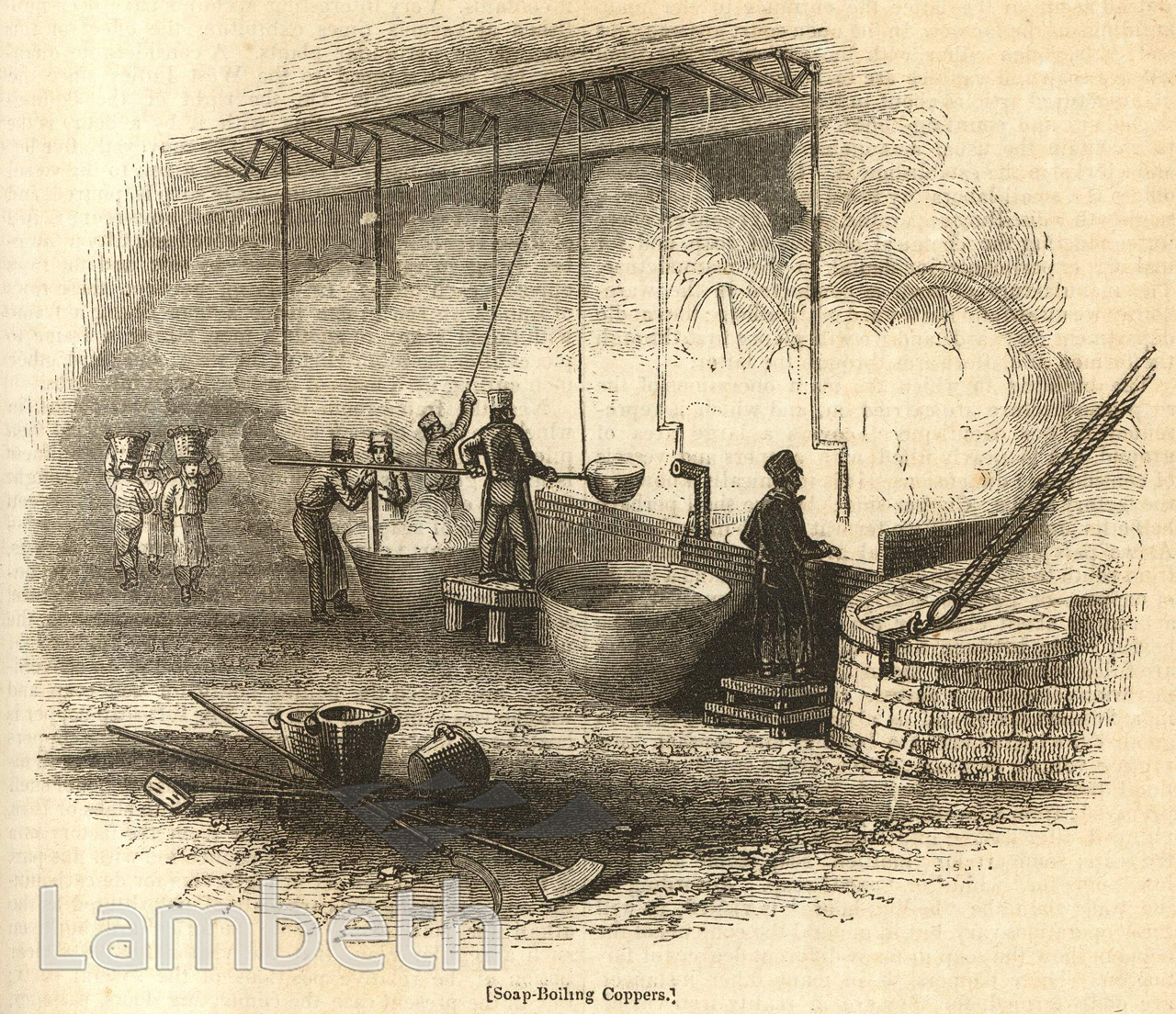 The soap-burning coppers at the works of Messrs B.T. & W. Hawes in Commercial Road, Waterloo. The factory was supposedly built on the site of Queen Elizabeth I's barge house with the land later to become a glassworks and c.1765 it was first used for soap manufacturing. This room was technically known as the 'Copper-side'. The factory also contained two steam engines, blacksmith's and carpenter's shops, and offices for the excise officers, required to be on duty day and night. Soap was taxed along with glass and malt. It was noted the tallow for soap was principally imported from Russia, England taking 70% of Russia's exports.The use of palm oil from Guinea in Africa in soap 'is a matter of as much or more importance to the philanthropist and the statesman than to the soap manufacturer. The latter looks at it merely as a good and cheap ingredient; the philanthropist views it as the most powerful instrument he can employ in the abolition of the traffic in slaves....Every cargo of oil bought with our manufacturers does more to impede the traffic in slaves than a host of treaties and protocols with European states.'From The Penny Magazine, January 1842
#-Before 1850  #BUILDINGS / ARCHITECTURE  #COMMERCE AND INDUSTRY  #GROUPS AND SOCIETIES  #ORGANISATIONS  #Print  #Surrey-ana  #TRADE  #WATERLOO
⇐NEW GOODS YARD ...