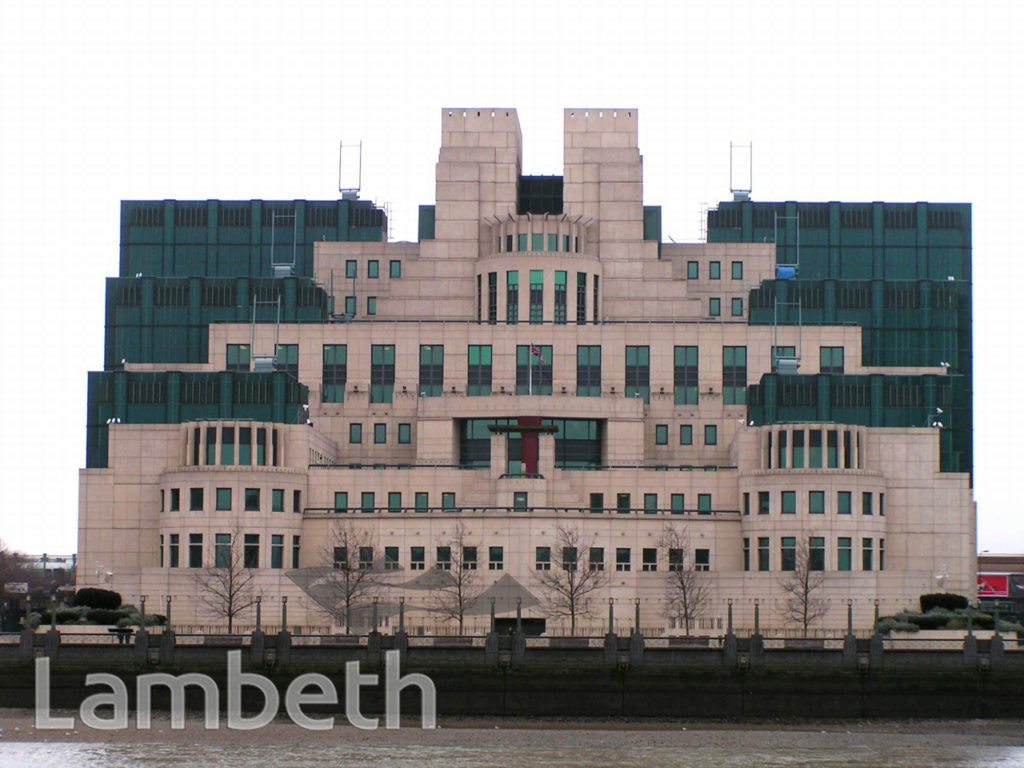 The headquarters of MI6 (Military Intelligence) was opened in 1995 and designed by Terry Farrell. The design incorporates many security features such as a moat on the riverside and five underground floors. MI6 originated in 1909. It was formerly the site of Sir Robert Burnett's vinegar distillery. Digital image courtesy of Penelope Gretton, 2004.Ref: SPd 3956/22/84