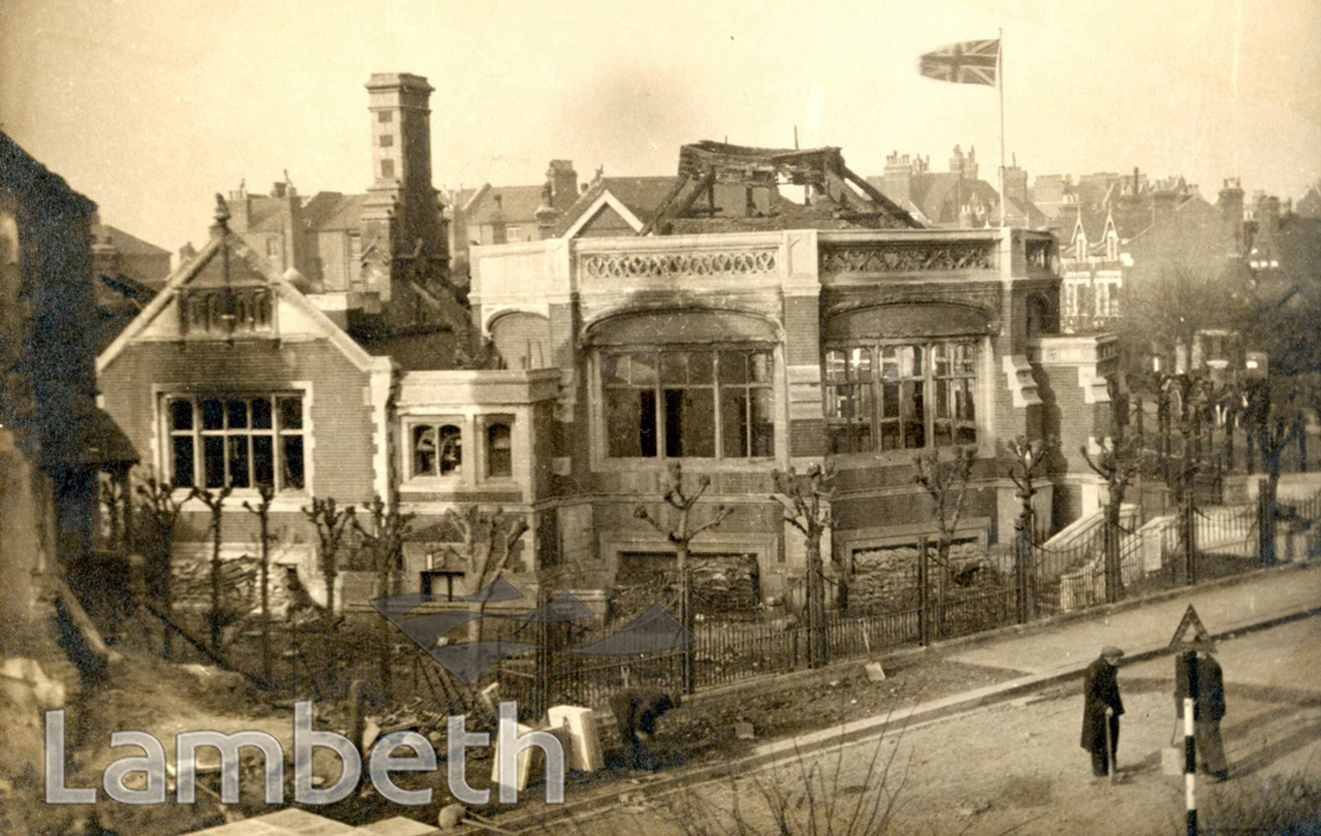 View of the Minet Library having been burnt out by incendiary bombs on Sunday 8th December, 1940. The resulting fire destroyed 18,585 books, although 6,700 were salvaged by wardens, and half were moved to a temporary library set up adjacent in Longfield Hall. The basement was badly damaged by water but later made waterproof to accommodate the library. The Surrey Collection, housed in a strong room, was mostly unharmed. The Foreign Office confidentially requested information on the damage 'to be used as propaganda in the USA'. The library was rebuilt and opened in 1959 as a local library and home to Lambeth Archives.
#1926 - 1950  #BRIXTON NORTH  #BUILDINGS / ARCHITECTURE  #LIBRARIES  #LOCAL GOVERNMENT  #Photograph  #WAR AND ARMED FORCES
⇐MOSTYN ROAD, BR...