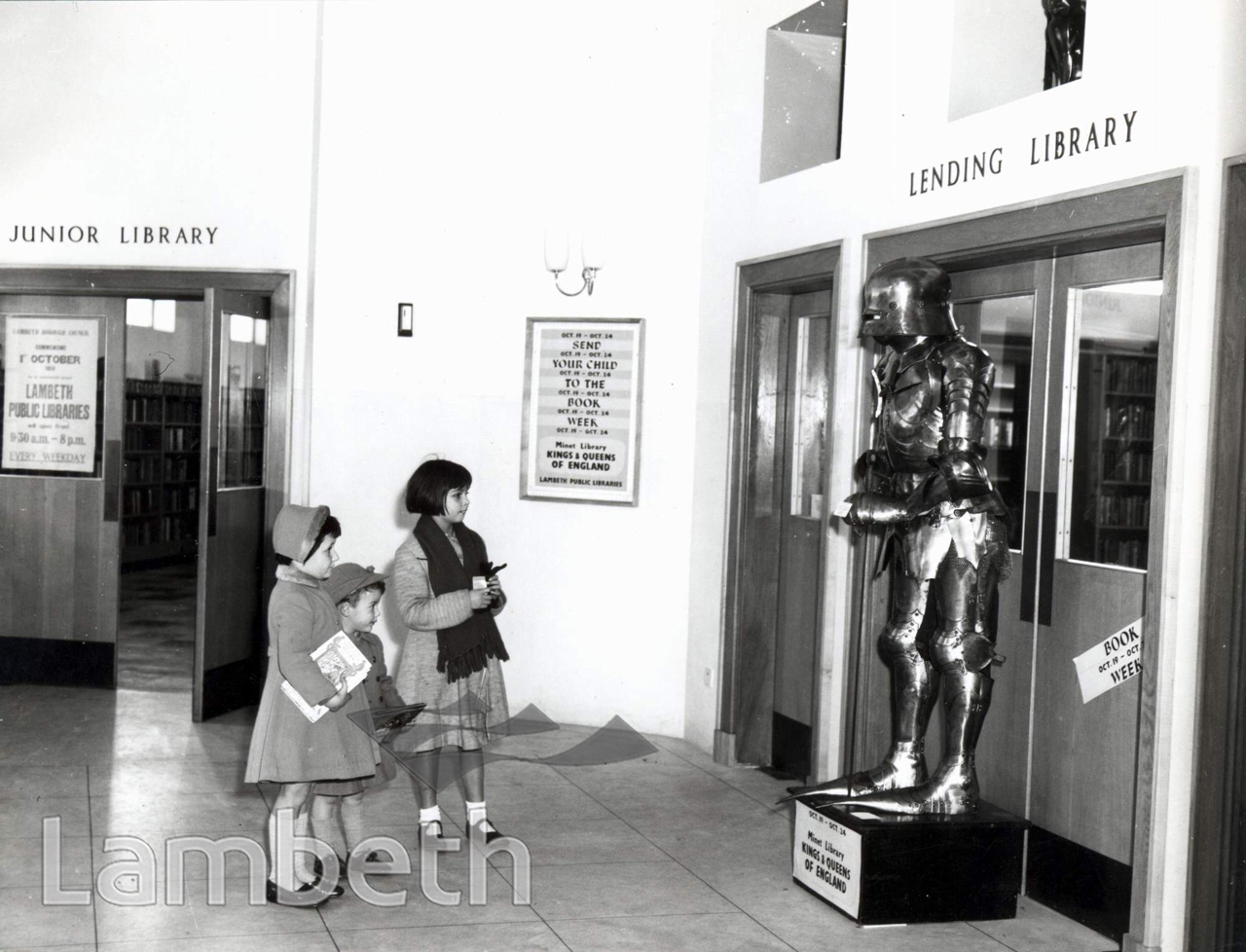 The Minet Library, Knatchbull Road. Built in 1890, was the gift of William Minet to Camberwell and Lambeth. The building was bombed in the World War II, rebuilt and opened in 1959. Now housing Lambeth's Archives, part of it is also the local Library. Children gazing at the display of armour, part of the book week on the theme of Kings and Queens of England, c.1960.
#1951 - 1975  #BRIXTON NORTH  #BUILDINGS / ARCHITECTURE  #LIBRARIES  #LOCAL GOVERNMENT  #People  #Photograph
⇐MINET LIBRARY, ...