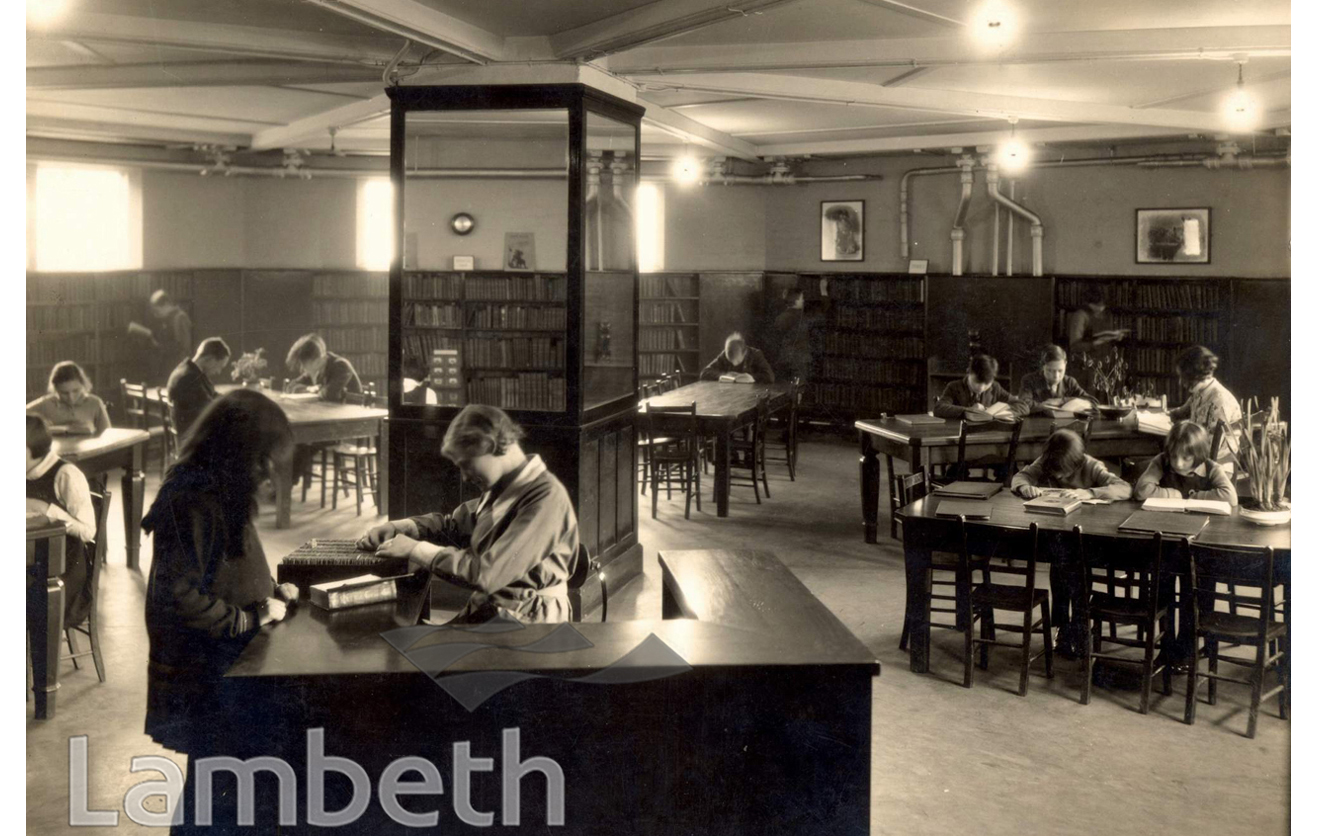 The Minet Library, Knatchbull Road. Built in 1890, the library was the gift of William Minet to Camberwell and Lambeth. The Minet family were also actively involved in running the library for 65 years and William Minet continued to fund the collection until his death in 1933. View of the well attended Junior Library and the librarian.The building was bombed in the World War II, rebuilt and opened in 1959. Now housing Lambeth's Archives, part of it is also the local Library. Article in 'London', No.153, Vol.V, January 2nd 1896.
#1926 - 1950  #BRIXTON NORTH  #BUILDINGS / ARCHITECTURE  #LIBRARIES  #LOCAL GOVERNMENT  #People  #Photograph
⇐MINET LIBRARY, ...