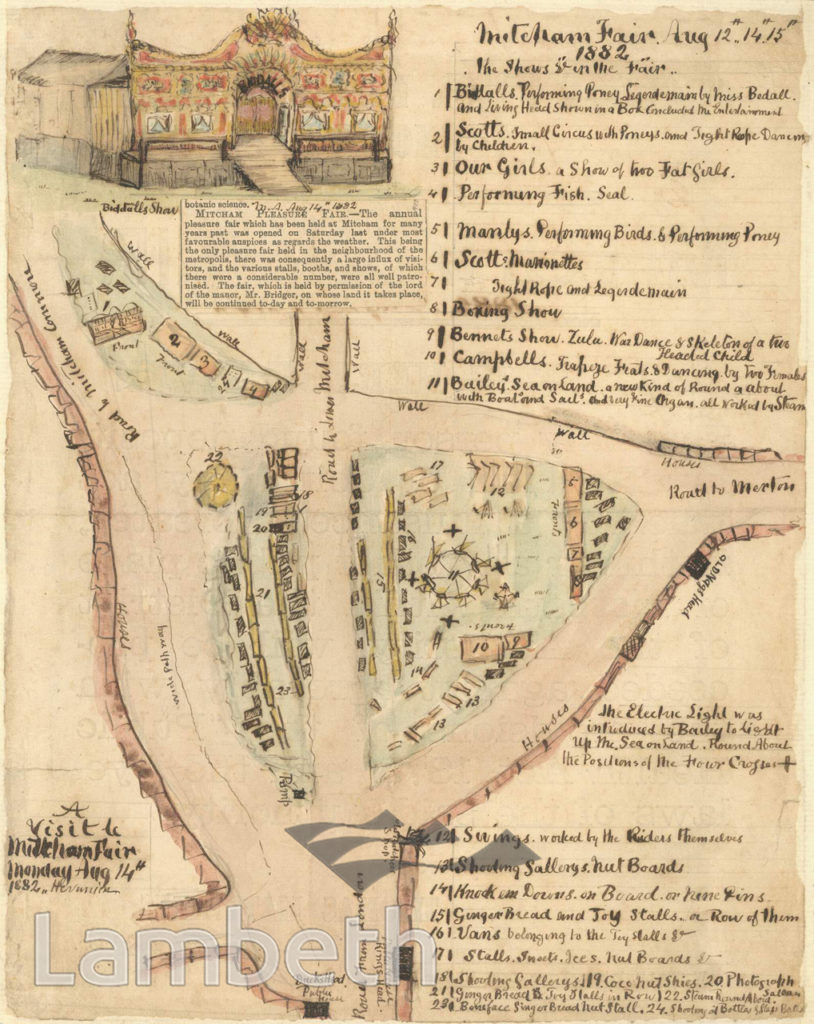 A watercolour plan titled 'A Visit to Mitcham Fair Monday August 14th' [1882]. This annual fair was held on the Upper Green in Mitcham from the time of Elizabeth I until just before World War II when it was moved to Mitcham Common. Attractions in 1882 included; a show of two fat girls, a performing fish (seal), boxing and Biddalls show. This site on the Green became an ornamental public garden in 1948.Ref: Handbill 62/841