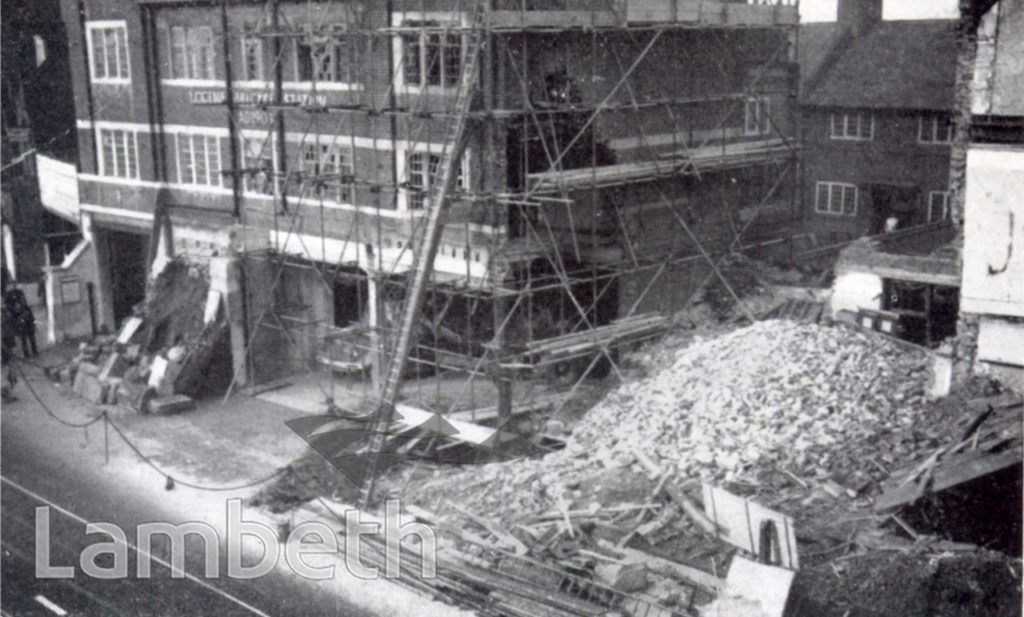 The Fire Station at the top of Mitcham Lane, extensively damaged after being bombed on October 17th 1940, in which twelve firemen lost their lives and three were seriously injured. The building was rebuilt and is now being used as an Islamic Centre and mosque. Photograph from 'To, For and About Streatham', published by St.Leonard's Parish Church, Streatham, May 1945.Ref: 24/222 p.24