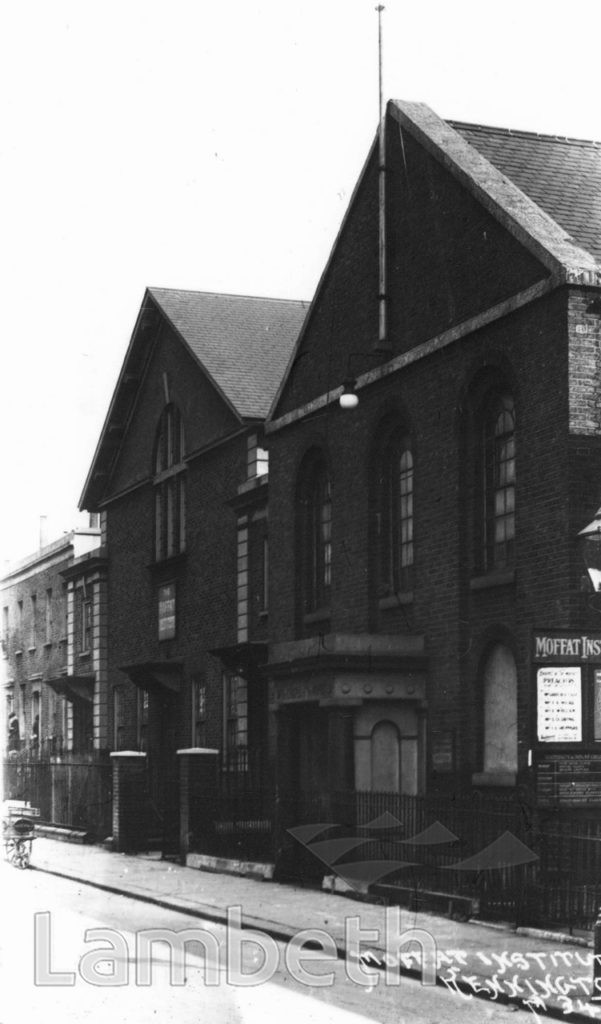 The Moffat Institute in Esher Street (now Aveline), Kennington was begun originally in Vauxhall Street in 1875 by Robert Moffat. It moved here in 1896 and performed missionary work amongst the poor including cheap meals, religious instruction and a savings bank. The building was rebuilt after wartime bomb-damage and later became the Alford House youth club. Copy print of a Johns postcard.Ref: SP1238