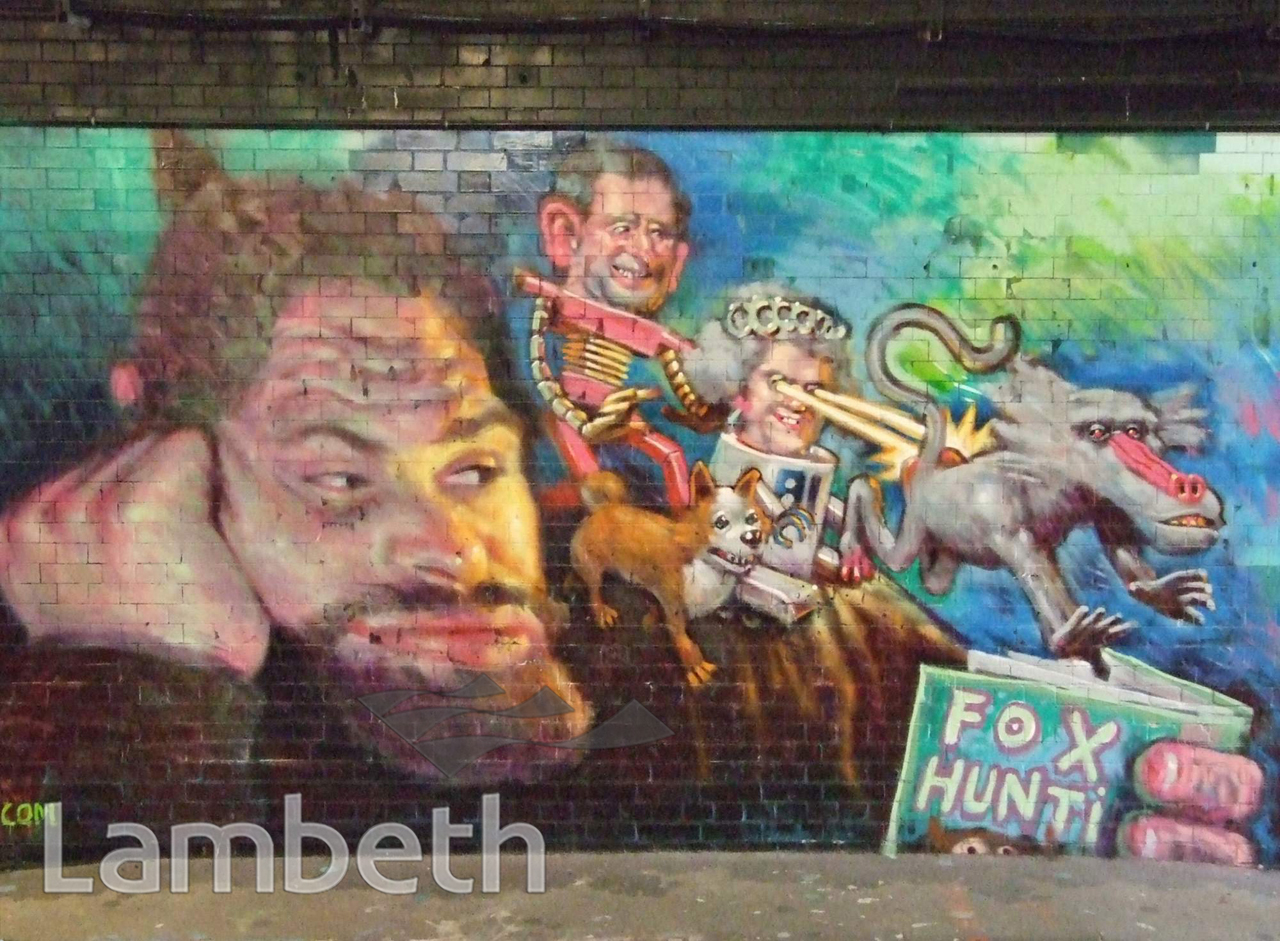 Artwork depicting the royal family baboon hunting by Mr Kern in the Leake Street tunnel, Waterloo created for the Cans Recycled Festival in August 2008. The tunnel was initally used for the Cans Festival in May and has since become a popular location for many notable artists, establishing itself as Lambeth's second 'Hall of Fame' for street art. Digital image dated 25th August 2008.From the Graffiti Gallery, recording Lambeth's urban art.
#1976 to date  #Digital  #RECREATION AND LEISURE  #SPORT  #STREET FURNITURE  #WATERLOO
⇐ZEUS AND SHOK A...