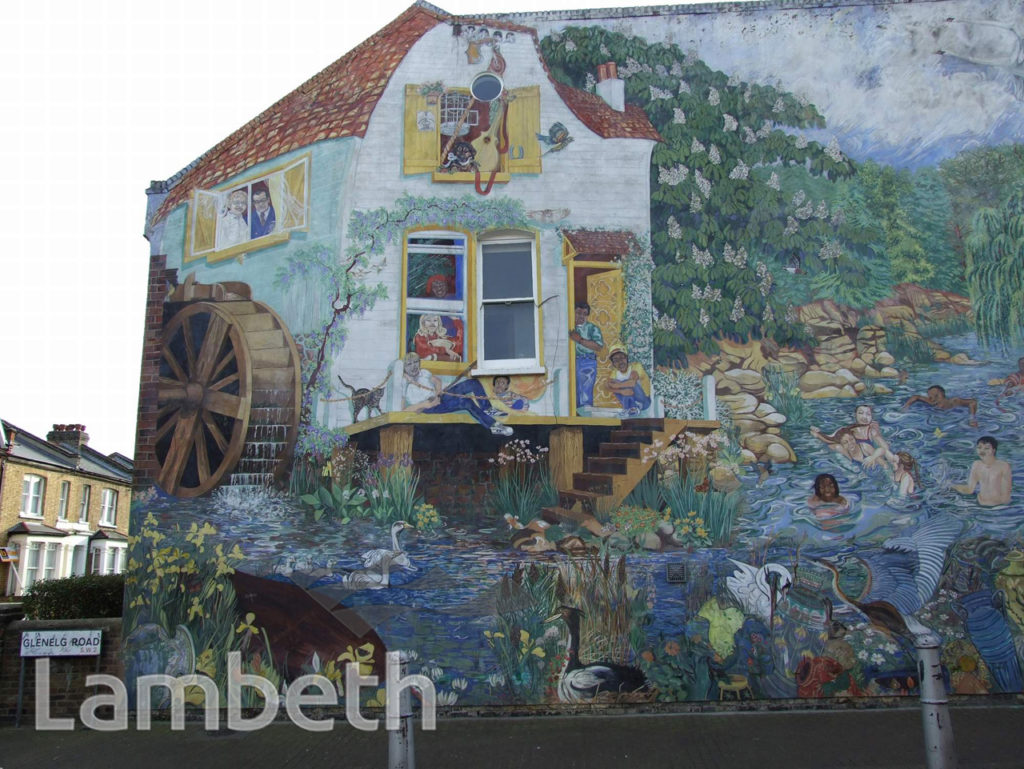 'Splash', a mural on the side of a house on the corner of Glenelg and Strathleven Roads, Brixton, depicting a rural idyll with a watermill and people swimming. It was designed and painted by Christine Thomas with help from Dave Bangs and Diane O'Leary in 1985 to depict the River Effra, with references to women who worked for Doulton. Many of the faces are those of local residents and the mural was funded by Strathleven and Bonham Housing Association.Digital photograph dated 29th March 2008.Ref: D86/60