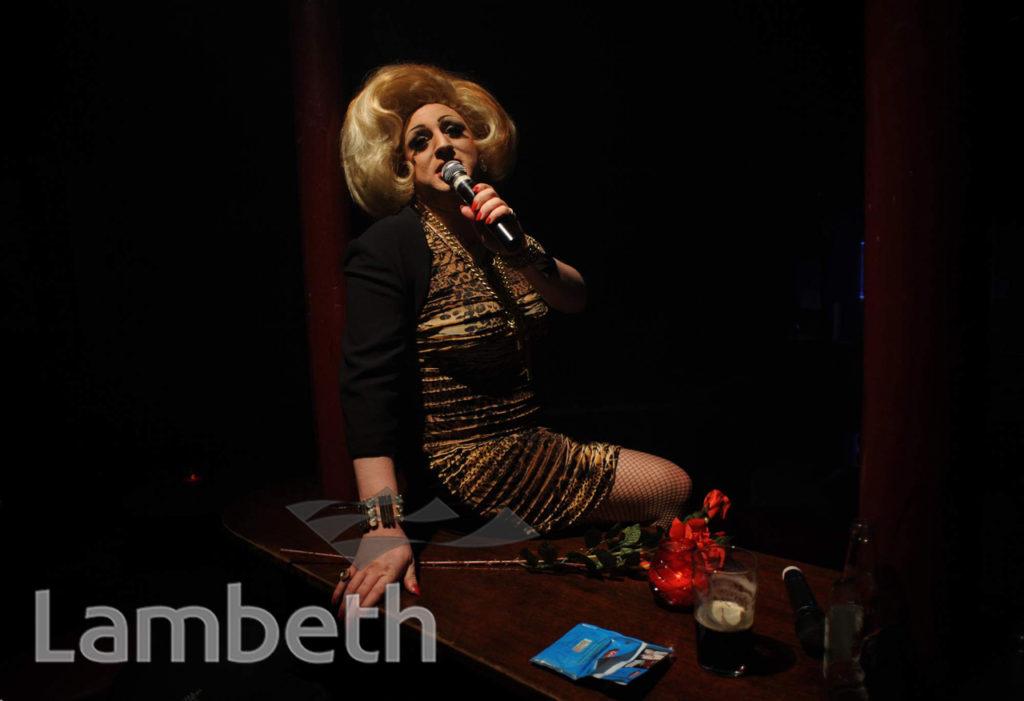 A cabaret evening at the Royal Vauxhall Tavern hosted by Myra DuBois, winner of Best Drag Act at the London Cabaret Awards 2013. The Royal Vauxhall Tavern celebrated its 150th anniversary in 2013. In the 1940s war years, drag acts often performed here attracting a gay clientele and the pub has continued to do so since, making it London's longest-running gay venue.Digital image by kind permission of Enzo Peccinotti. Commercial reproduction not permitted without the prior consent of photographer - please contact Lambeth Archives.Ref: D2013/2/3