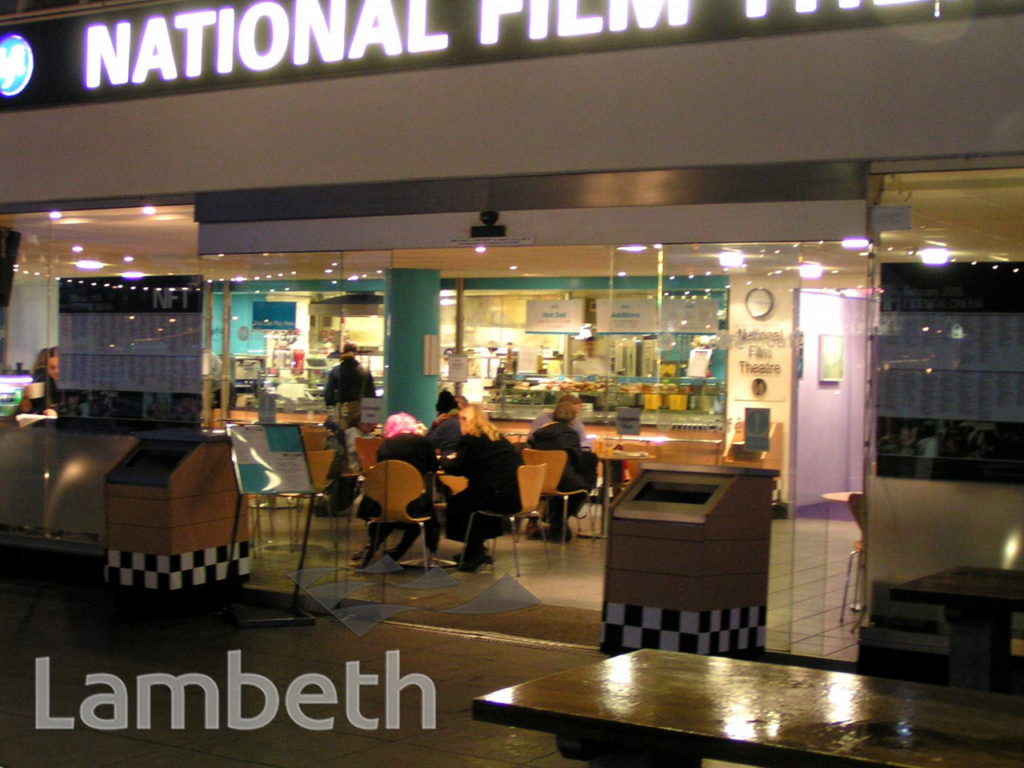 The National Film Theatre is situated within the arches beneath Waterloo Bridge on the South Bank. It was opened in 1957 by the British Film Institute and has two cinemas. Digital image courtesy of Penelope Gretton, 2005.SPd 3961/27/45