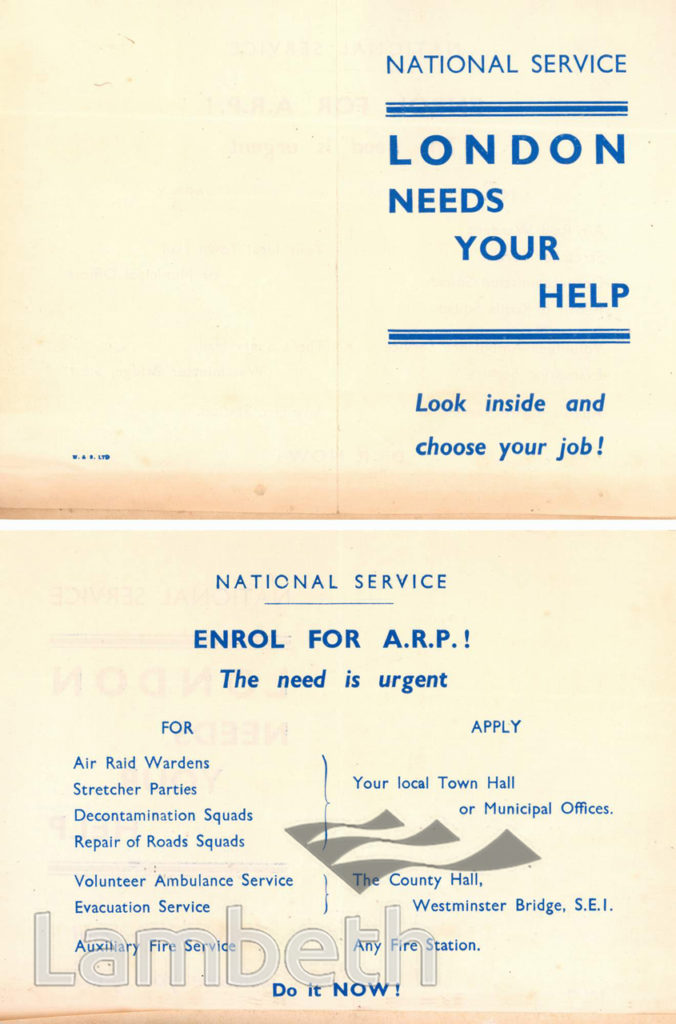 A leaflet encouraging Londoners to enroll as Air Raid Precaution (ARP) wardens. The ARP service was set up initially in 1937 to deal with the possible threat of air attacks and exhibitions were held around Lambeth to aid recruitment. In August 1939 Lambeth's emergency services were put onto a war footing and the wardens became responsible for enforcing emergency regulations such as black-out, and for dealing with bomb incidents.From a series of albums containing newspaper and magazine clippings, assorted ephemera and a diary, kept by Mrs Lucy Awdry of 14 Franconia Road, Clapham, for the duration of World War II and recording wartime life in London. During the war Mrs Awdry volunteered with the Women's Voluntary Service (WVS) assisting with fire watch duties, and also at the Clapham War Savings Centre. Included in the Lambeth Archives Home Front project 2005.Ref: IV/169/Vol.8