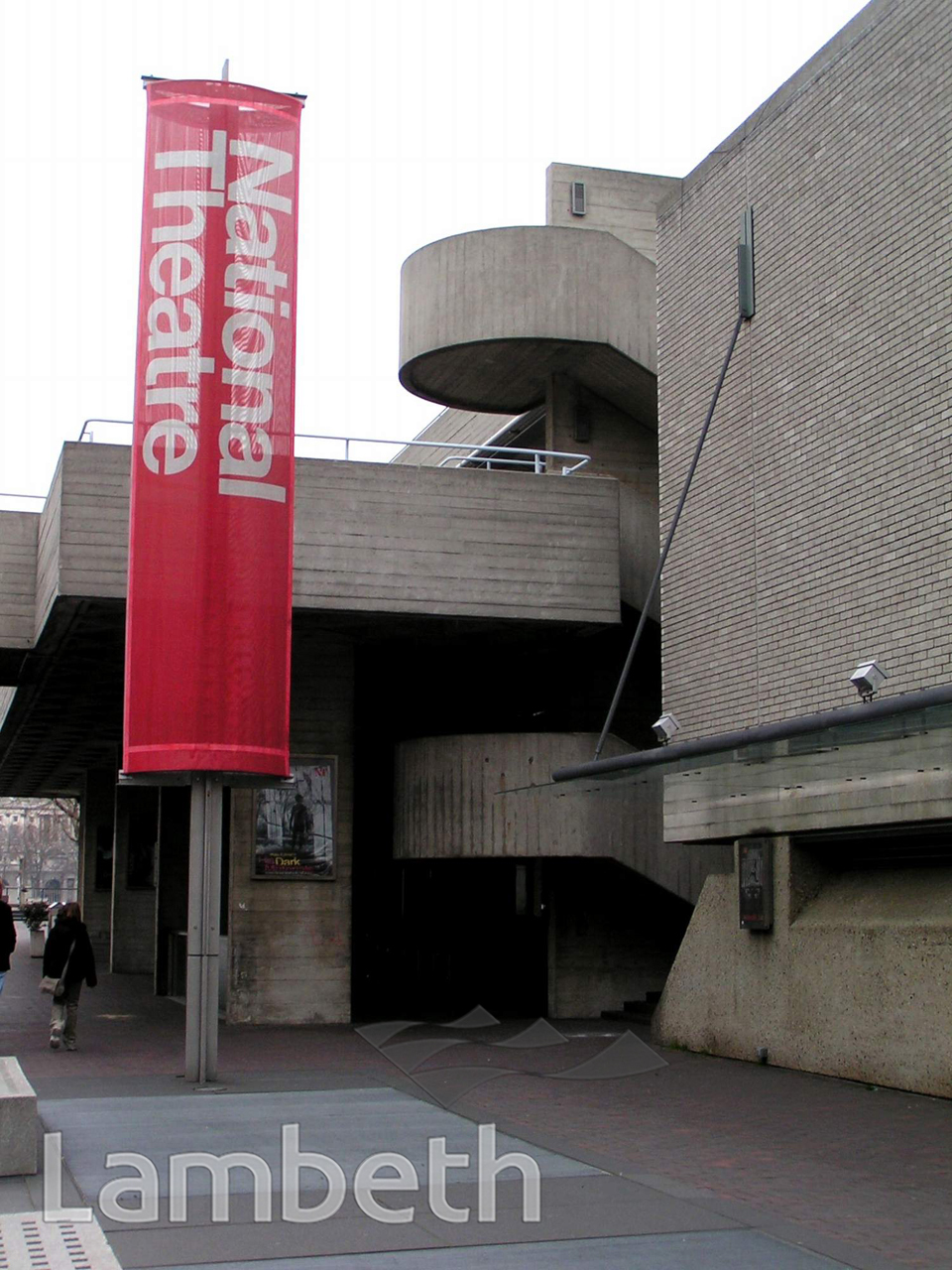 Stairway up from street level at the National Theatre. The building houses three theatres, the Olivier, Lyttleton and Cottesloe, as well as restaurants and bars. It was designed by Sir Denys Lasdun & Partners and construction began in 1969. The theatre was officially opened by HM The Queen on 26th October 1976 and was refurbished in 1997. Digital image courtesy of Penelope Gretton, 2005.
#1976 to date  #BUILDINGS / ARCHITECTURE  #ENTERTAINMENT  #Penelope Gretton Photographer  #Photograph  #WATERLOO
⇐FORMER MUSEUM O...