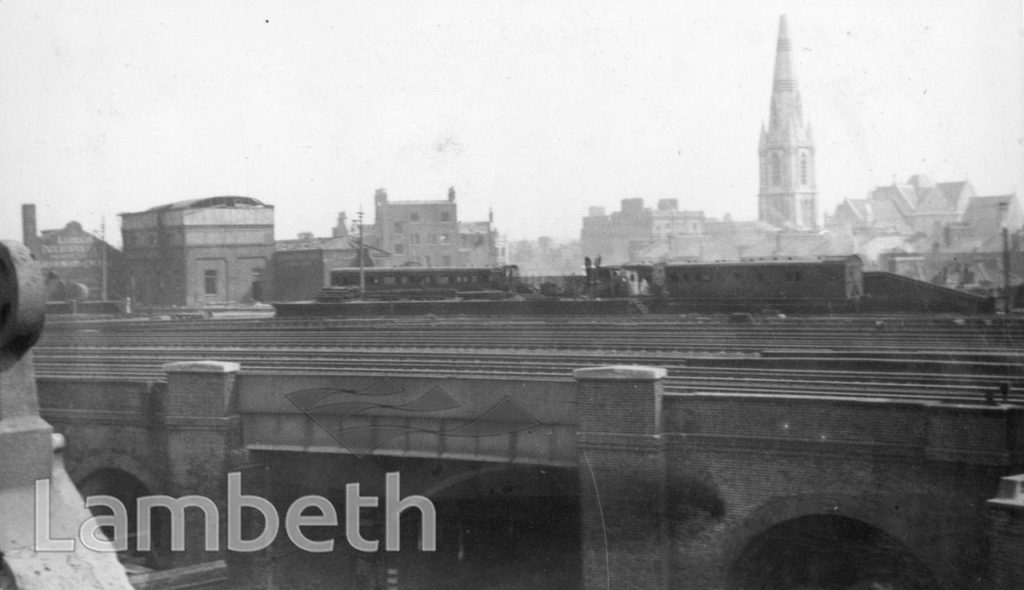 View showing a bomb-damaged train at the Necropolis Railway Station - a private station started in 1854 when the London Necropolis and National Mausoleum Company opened a cemetery at Brookwood, Surrey. The trains were used to take coffins and cortege to the cemetery.Ref: SP2422/1