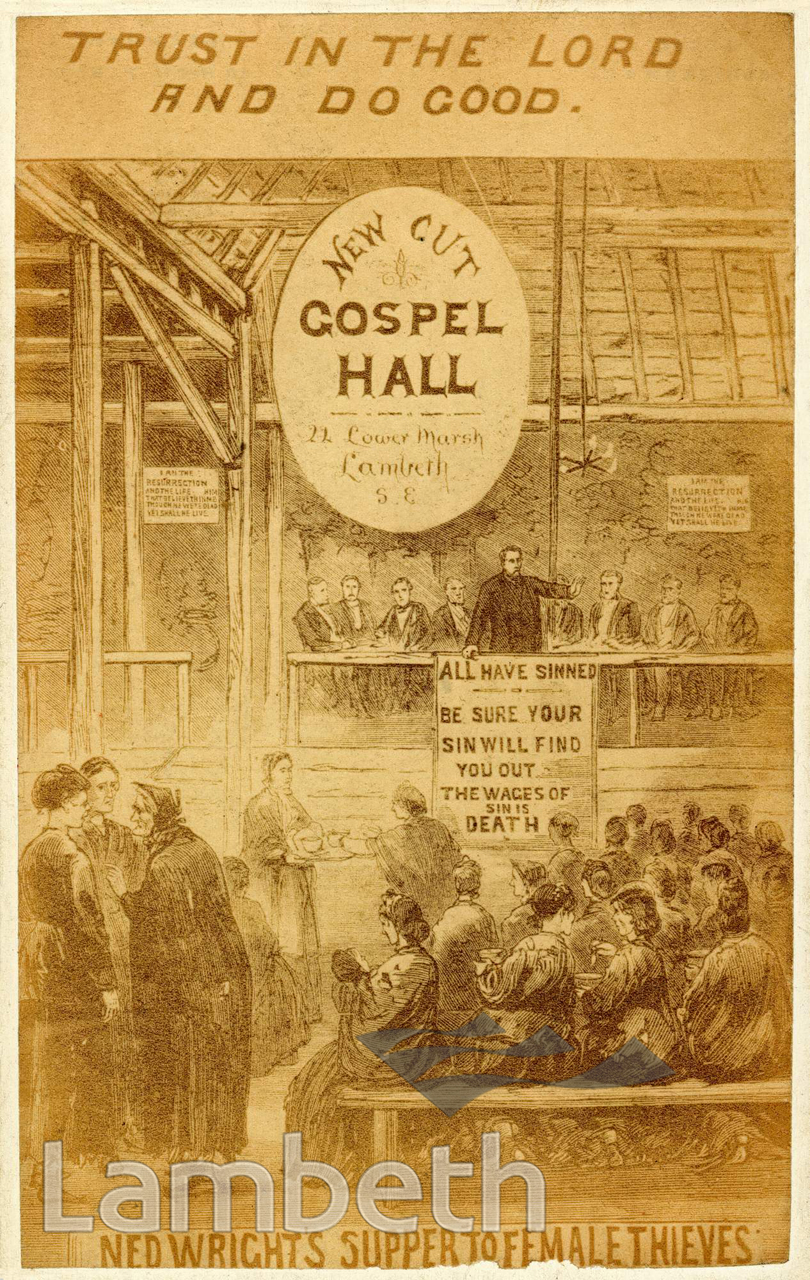 A cabinet card photograph of an engraving showing Ned Wright's Supper to Female Thieves, held at the New Cut Gospel Hall in Lower Marsh, Waterloo. Current and reformed criminals were given a free supper, plus a sermon by Ned Wright. The door was guarded to prevent police and others from entering the Hall during these suppers. Supper nights for male thieves were also held.
#1850 - 1875  #LAW AND ORDER  #People  #Photograph  #RELIGION  #WATERLOO
⇐LAMBETH MATERNI...