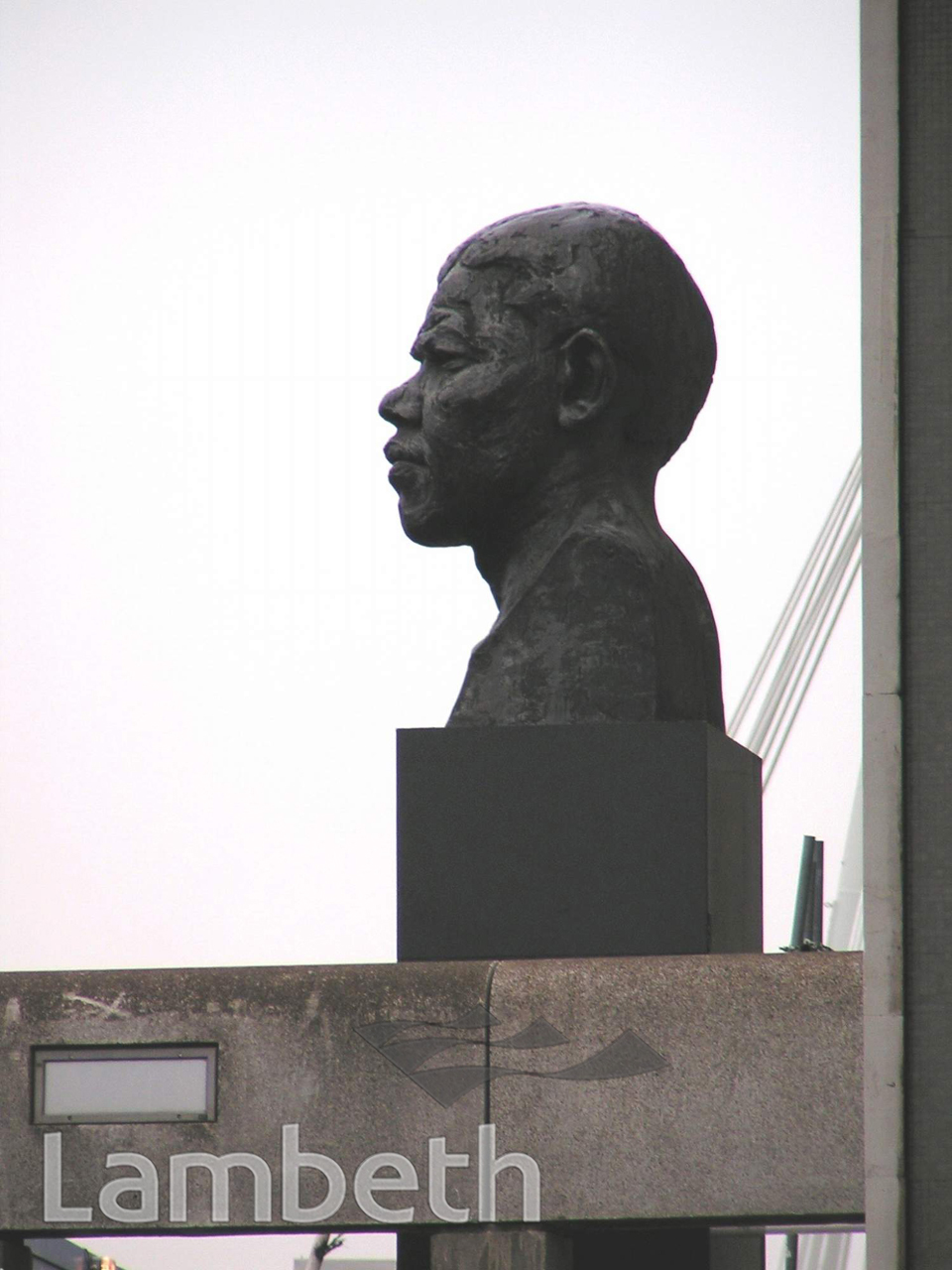 Bronze statue by Ivan Walters of the African statesman Nelson Mandela on the elevated walkway adjacent to the Royal Festival Hall. Formerly a black freedom fighter who was imprisoned in 1962 for his part in the struggle to abolish apartheid in South Africa, he went on to become the president of the Republic of South Africa in May 1994. He was later awarded the Noble Peace Prize in 1999. Digital image courtesy of Penelope Gretton, 2005.
#1976 to date  #MANDELA- Nelson  #Penelope Gretton Photographer  #Photograph  #STATUES AND MEMORIALS  #WATERLOO
⇐FORMER MUSEUM O...