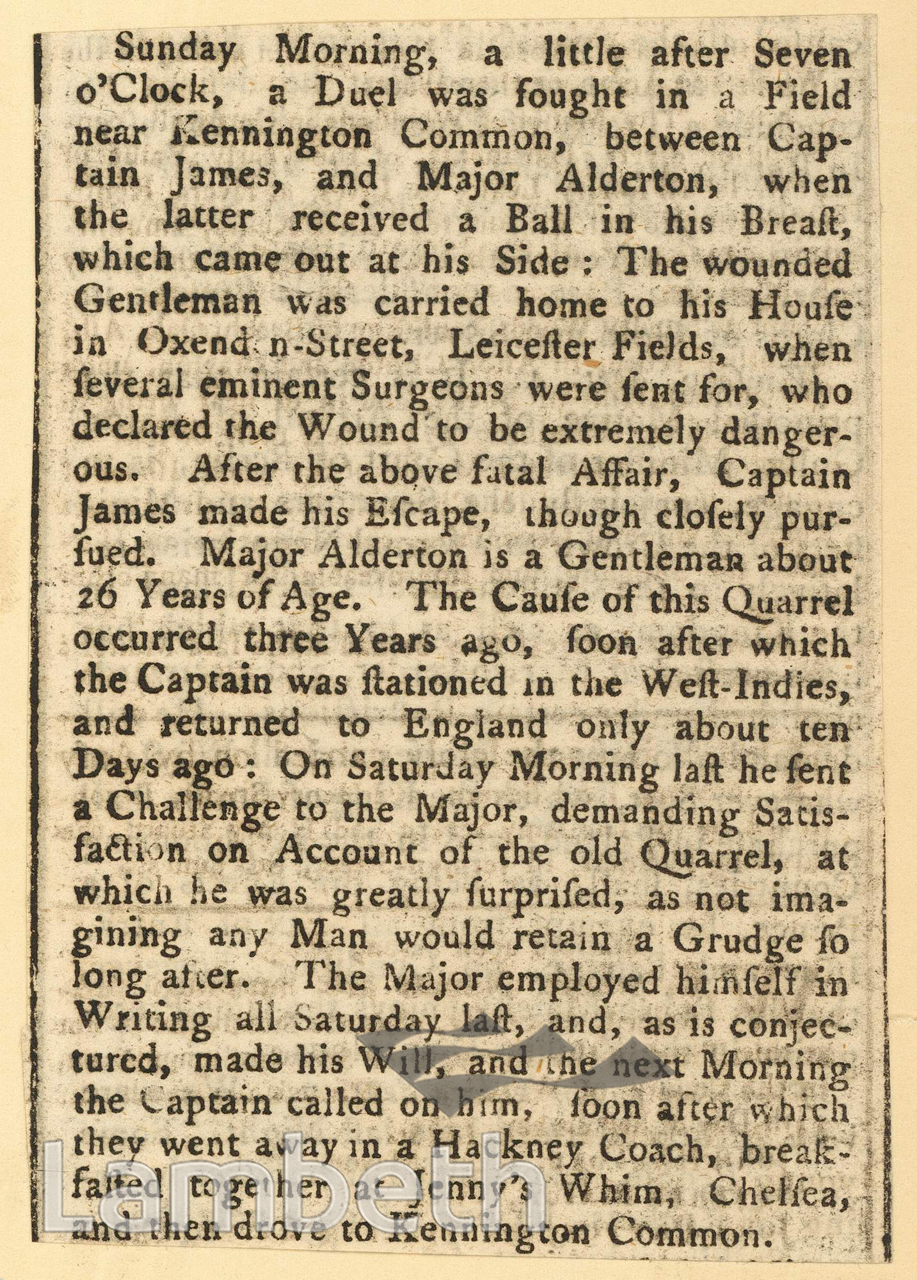 Newspaper cutting from unknown publication reporting a duel fought on Kennington Common in 1762. The two participants were Captain James and Major Alderton, the former demanding 'satisfaction' on account of a quarrel three years earlier, prior to James being stationed in the West Indies. Alderton 'received a ball in his breast' and was fatally injured. Beforehand the two men had breakfast together in Chelsea before travelling to the Common.
#-Before 1850  #Cuttings and Ephemera  #KENNINGTON  #OPEN SPACES  #Print
⇐CROWN & SC...