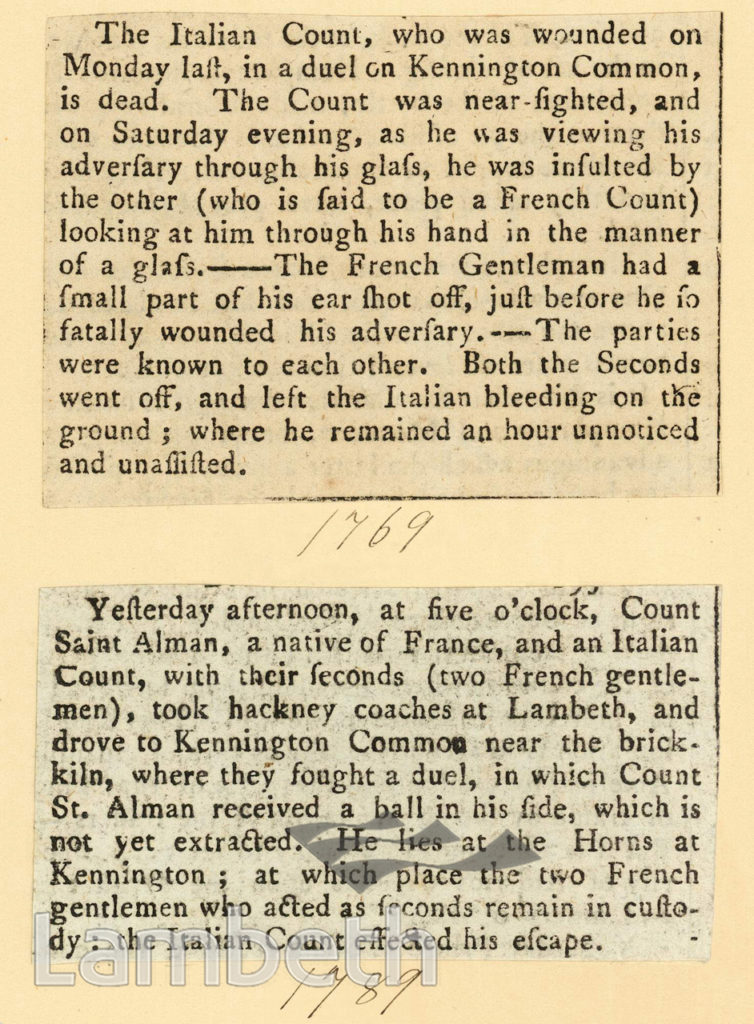 18th century newspaper cuttings reporting duels on Kennington Common. 1769: An Italian Count died of his wounds, whilst his adversary, a French Count, had part of his ear shot off.1789: Count St Alman and an Italian Count fought a duel near the brick-kiln at Kennington. It reports that Alman was 'now lying at The Horns [Tavern] with a [musket] ball in his side', the two Frenchmen who acted as seconds were in custody, but the Italian managed to flee.Ref: Cuttings 593