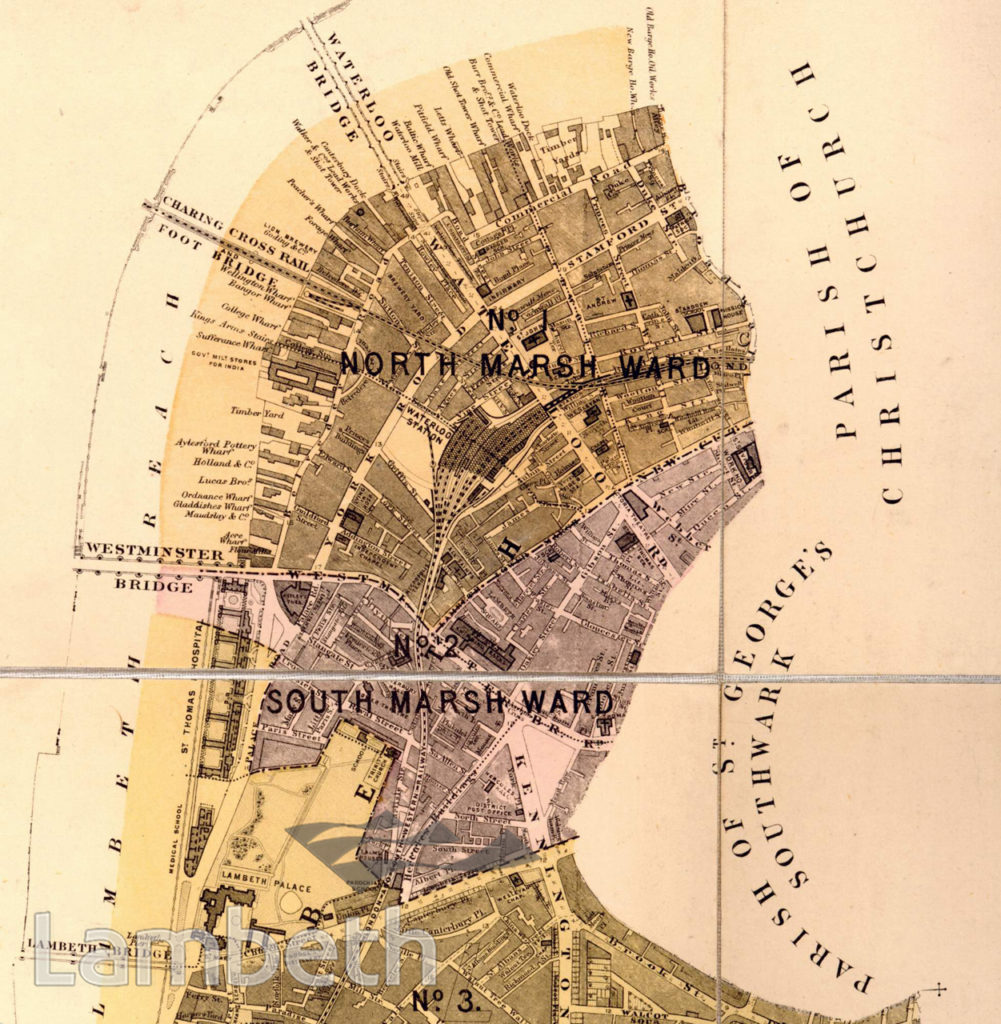 NORTH AND SOUTH MARSH WARDS, PLAN OF THE PARISH OF LAMBETH

The North and South Marsh wards show the huge changes further inland from the river following the impact of the railways on South London. Waterloo Station is already the focal point of lines going south, east and across the river via the Charing Cross (Hungerford) railway bridge, which was built in 1864. The many docks and wharfs on the river bank bear witness to the huge import and export industry as well as the existing pottery, timber, lead shot and other local Lambeth industries that in 1876 still used the river as their main mode of transportation. Near the foot of Westminster Bridge is the recently constructed St Thomas's Hospital, built in 1869-1871, which replaced Bishops Walk. Lying to it's south is Lambeth Palace, the home of the Archbishop of Canterbury. Extract from the 'Plan of The Parish of Lambeth, showing its Divisions into Wards and Ecclesiastical Districts', surveyor Hugh McIntosh, 1876.Ref: 2/1876/M183