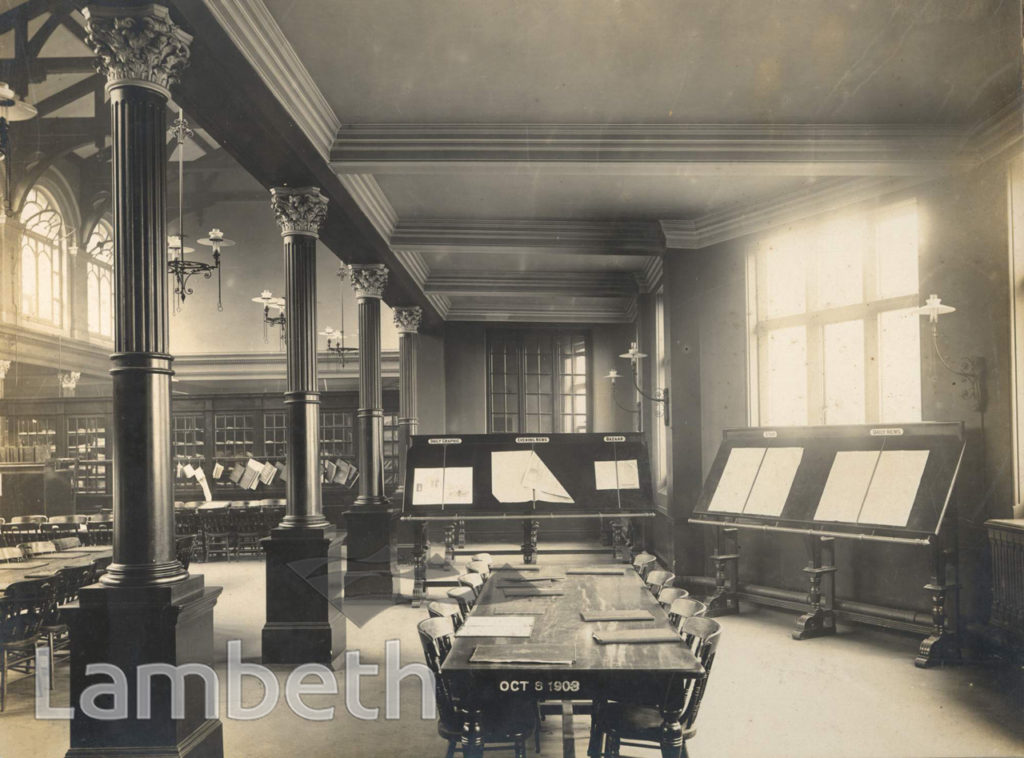 Interior of the North Lambeth Free Library in Lower Marsh, Waterloo. The building was designed by J.E. Trollope and completed in 1893, the fifth Lambeth public library to open, and was partly funded by Mr John Noble. Closed in 1967 and replaced by a smaller building in Lower Marsh, it remain empty until the early 1970s, becoming a community centre run by the Waterloo Action Group.Photograph by E. Milner, dated Oct 8th 1903.Ref: LP17/5