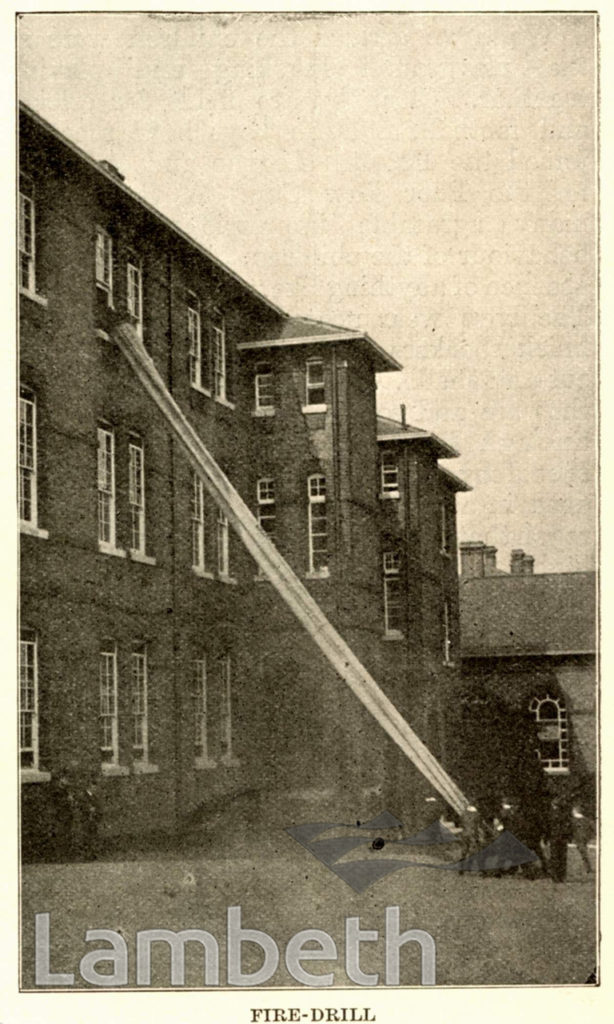 The Norwood Schools, West Norwood, stood on high ground occupying about nineteen acres, and had an intake of over seven hundred children. Built initially under the Poor Law as an industrial school. This view shows pupils giving a demonstration of the fire drill, involving a canvas escape being let down from an upper floor and held at the lower end by the strongest boys who receive the children who slide down the chute.Published in an article entitled 'A Day in the Life of a Workhouse Child'.Ref: Cuttings File 71