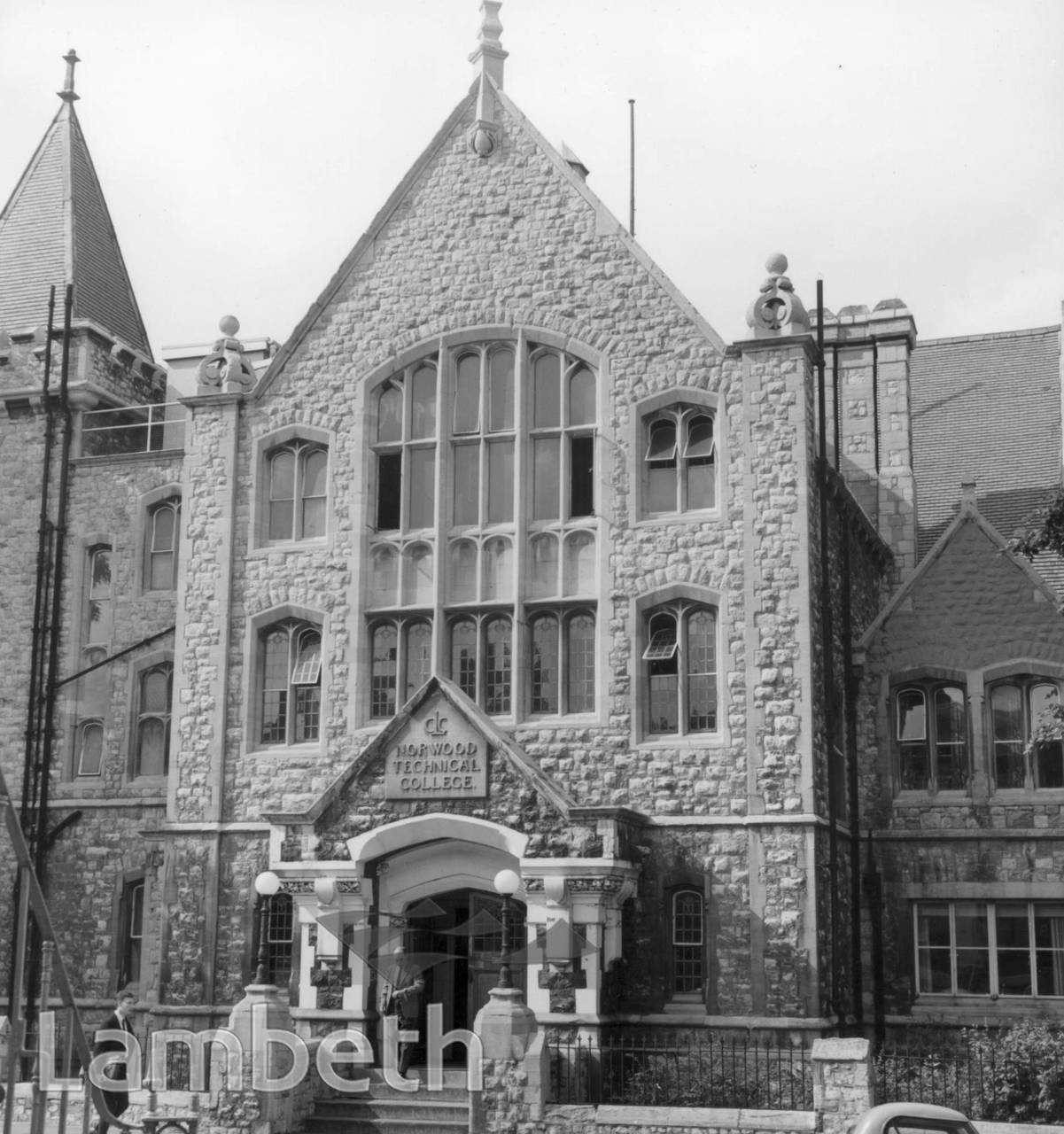 Entance in Chapel Road to the Norwood Technical College. Originally called the Lower Norwood Working Men's Institute and built in 1858 by founder was Arthur Anderson to offered subjects from domestic science to commerce. In 1968 it became the South London College run by ILEA, but was demolished and redeveloped in 1969, although the replacement college buildings were in turn demolished in 2000.
#1850 - 1875  #BUILDINGS / ARCHITECTURE  #EDUCATION  #Photograph  #Surrey   #WEST NORWOOD
⇐ST LUKE’S...