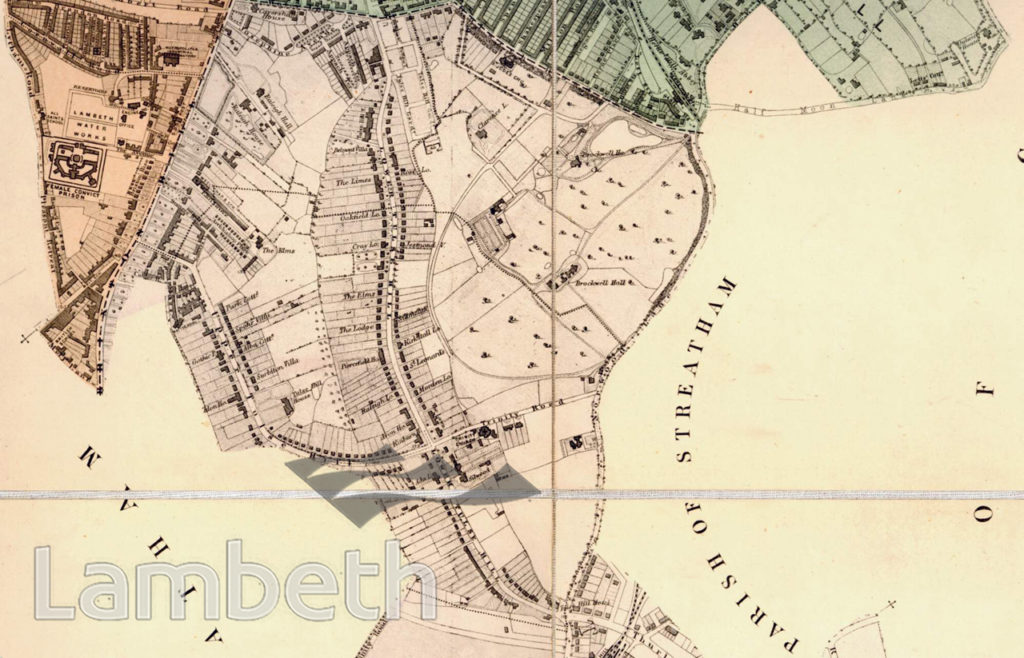 NORWOOD WARD (NORTH), PLAN OF THE PARISH OF LAMBETH

A map showing the area between Brixton Hill, Brockwell Park and Norwood Lane (now Norwood Road). Through the middle running north to south are Upper and Lower Tulse Hill, developed as parish highways in 1822. The Tulse Hill Hotel is shown at the junction of Tulse Hill and Norwood Lane. On the west side of Brixton Hill the windmill can be seen, along with the reservoir and Brixton Prison. Wealthy families began to build substantial villas with large gardens in this area from the middle of the 18th century. Brockwell Hall, built in 1813, survived as the one remaining country house in its own parkland. Extract from the 'Plan of The Parish of Lambeth, showing its Divisions into Wards and Ecclesiastical Districts', surveyor Hugh McIntosh, 1876.Ref: 2/1876/M183