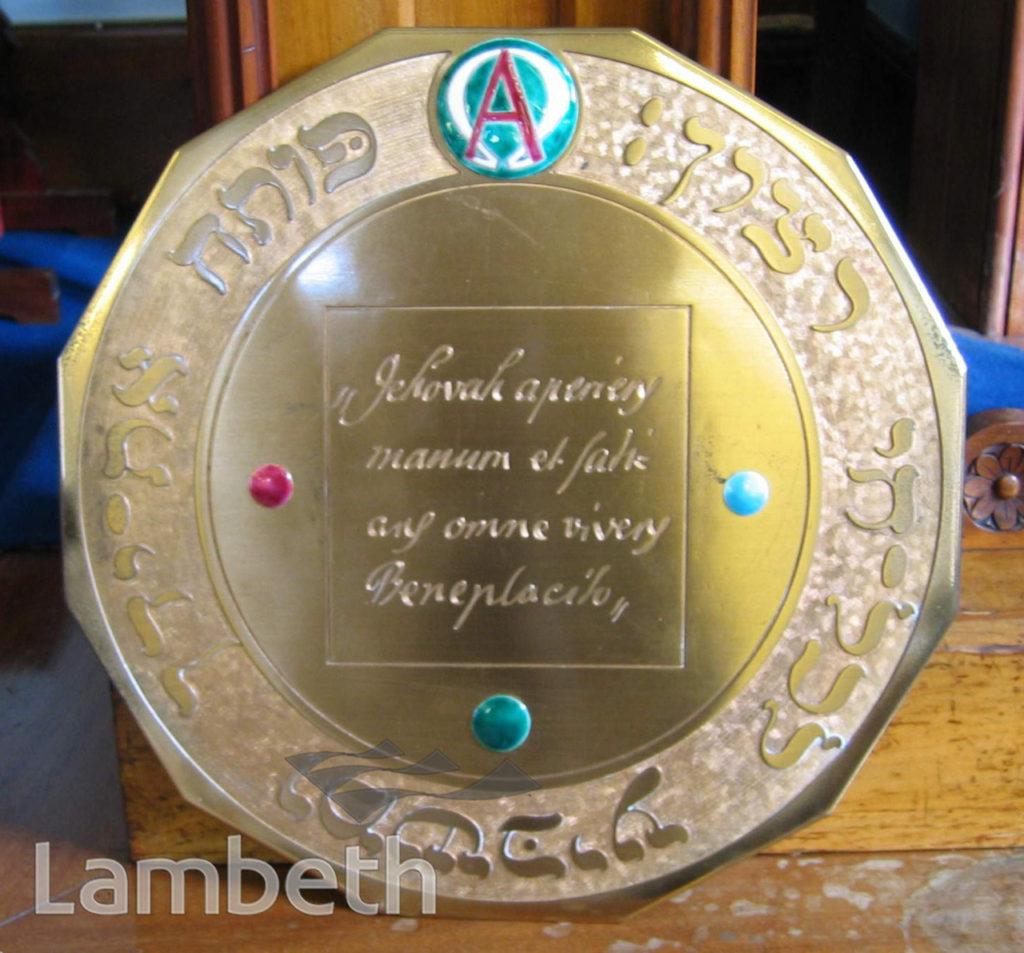 Offertory plate used at Michael Church, Burton Road, North Brixton, a Church of New Jerusalem. The inscription at the centre reads ''Jehovah aperiens manum et satians omne vivens beneplacilo', from Psalm 146:16: 'Thou openest thine hand, and satisfiest the desire of every living thing ['Jehovah' is supplied]'. The same appears in Hebrew round the rim. The letters at the top are the first and last letters of the Greek alphabet., Alpha & Omega. The inscription at the rear reads ''This plate is dedicated for use in the worship of the Lord according to the Divine Doctrine of the New Jerusalem and to this end is given into the care of the Rev RJ Tilson. Easter 1904 = 134 [ie 134 years after the beginning of the New Church in 1770]".Digital copies of photographs donated by Rev. Frederick Elphick. Ref: SPd 4027/1