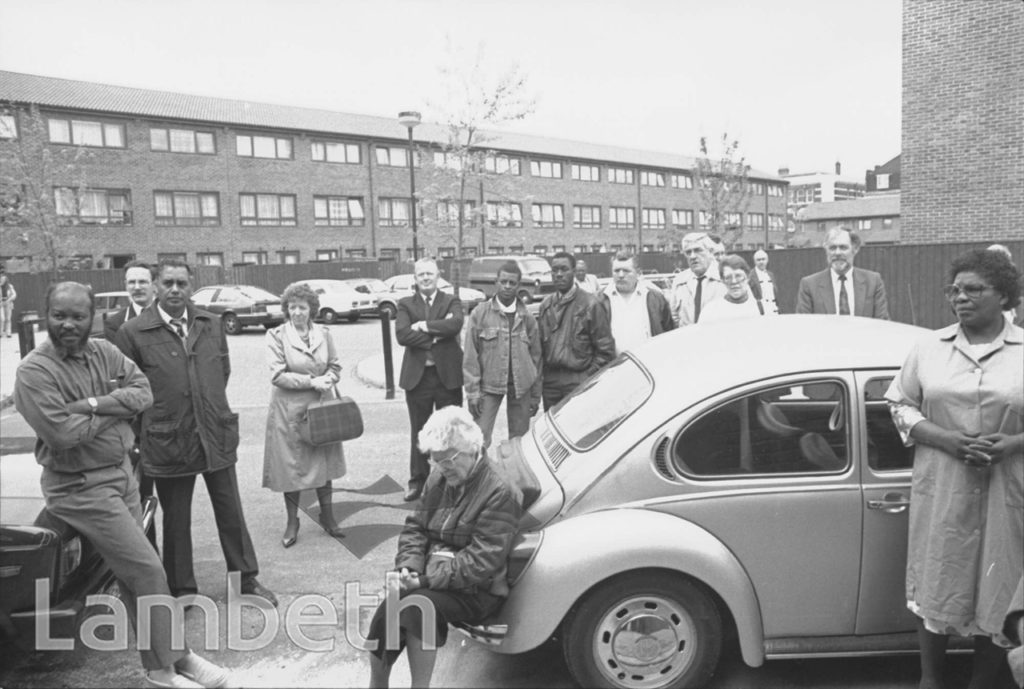 Local residents at the official opening by the mayor of the Newport Street toilets in Lambeth, probably the last public conveniences to be built by the council in Lambeth. Within 15 years they had closed and the site is now a block of flats.From a series of Public Relations Photographs and NegativesRef: 2005/1/4 PR Photos