OFFICIAL WWI PHOTO: FIRST USE OF TANKS, BATTLE OF THE SOMME

OFFICIAL WWI PHOTO: FIRST USE OF TANKS, BATTLE OF THE SOMME 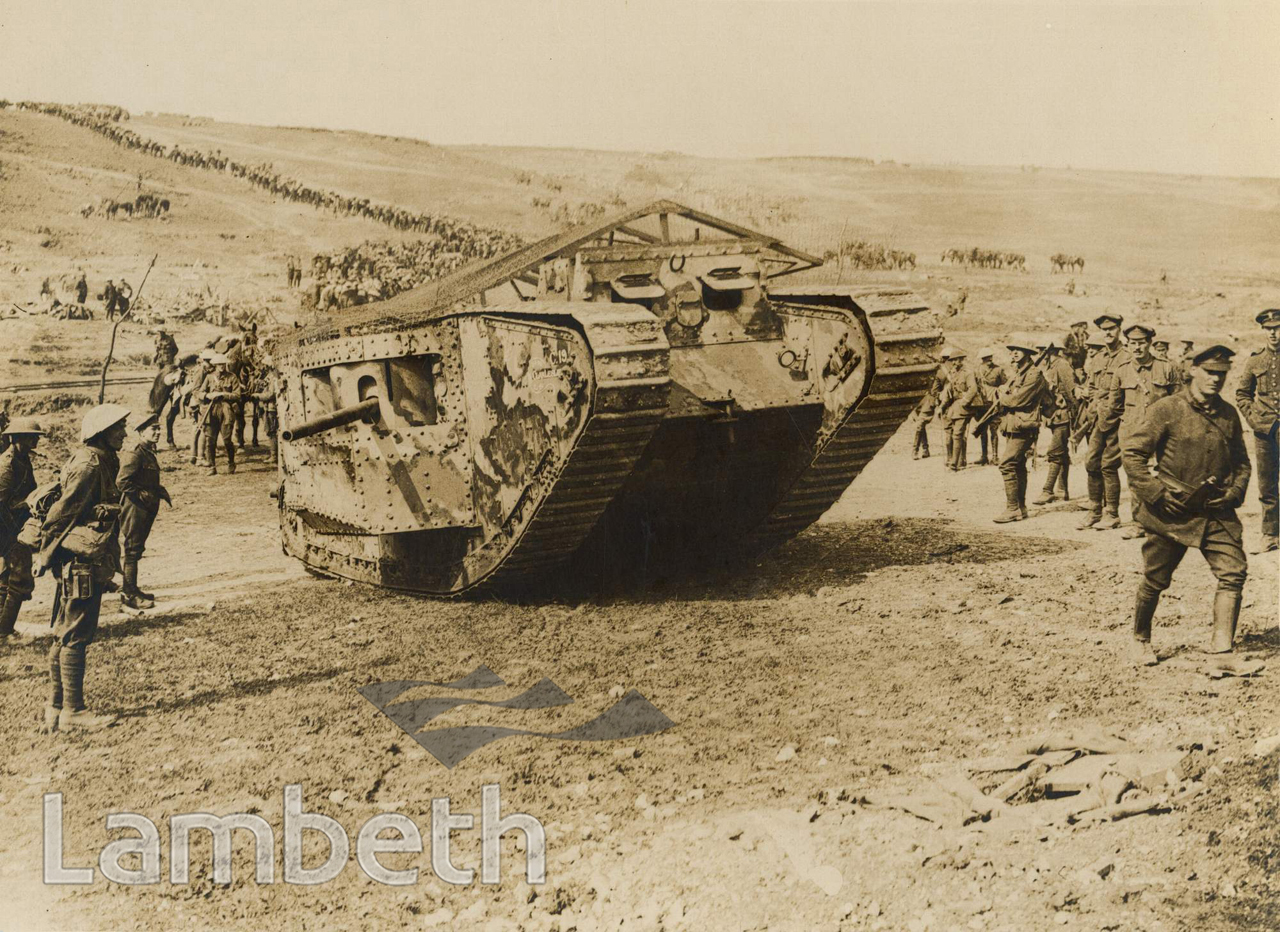 An official WWI photograph from the archive of the First Surrey Rifles captioned: 'One of the new armoured cars on the battlefield 15th September'. This shows a 'C' Company Mark I tank, in 'Chimpanze Valley', the day tanks first went into action on 15th September 1916 during the Battle of the Somme.
#1901 - 1925  #Photograph  #WAR AND ARMED FORCES
⇐OFFICIAL WWI PH...